The report published British Retail Consortium has stated that 2020 was the worst year for UK retail due to the Covid-19, which paralysed most business activities. Helen Dickinson, CEO of British Retail Consortium, said that 2020 was the worst year on record for retail sales growth. The physical non-food stores, including all of non-essential retail, saw a drop in sales by a quarter compared to the numbers in 2019.

The BRC report today depicted the figures for retail sales for the last year. The report indicated that there was a 0.3 per cent decline in the total sales for the whole of 2020 as compared to the previous year, driven by the 5.0 per cent decrease in the non-food sales. However, the food sales recorded a 5.4 per cent increase in 2020.

Talking about December in particular, retail sales increased by 1.8 per in comparison with the 0.2 per cent growth in December 2019. There was a 4.8 per cent surge in the UK retail sales on a like-for-like basis from December 2019 (December 2018: increase of 0.2 per cent). However, it was still below the three-month average growth of 2.5 per cent but was above the 12-months average decline of 0.3 per cent.

Here are the details of the reports: 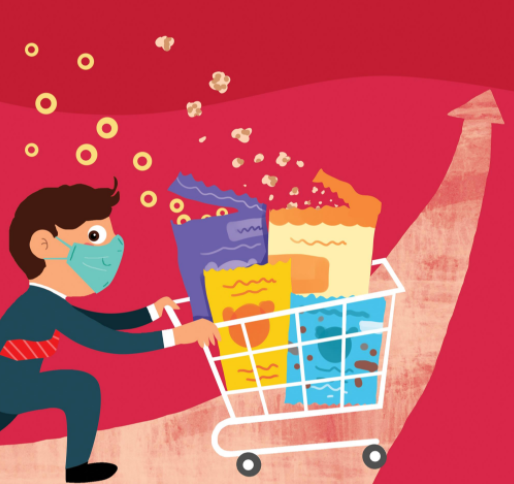 Paul Martin, UK Head of Retail at KPMG, said that there was some positive growth in the most important month for the retail industry due to the ongoing shift of expenditure from other sectors such as the travel and leisure industry.

However, further restrictions and closure of many non-essential shops have resulted in a poor performance in December for the high street retailers and conditions will continue to be challenging as another national lockdown has been imposed in the UK, he added.