Investors have shown a keen interest in investing in blue-chip mining stocks as they offer good returns to shareholders. The mining industry is cyclical in nature, which means that trends in the industry are heavily influenced by macroeconomic factors.

For instance, during the COVID-19 pandemic, mining sector operations were impacted by large scale shutdowns. However, as the economy reopened, mining activities are slowly recovering and catching up to pre-pandemic levels. 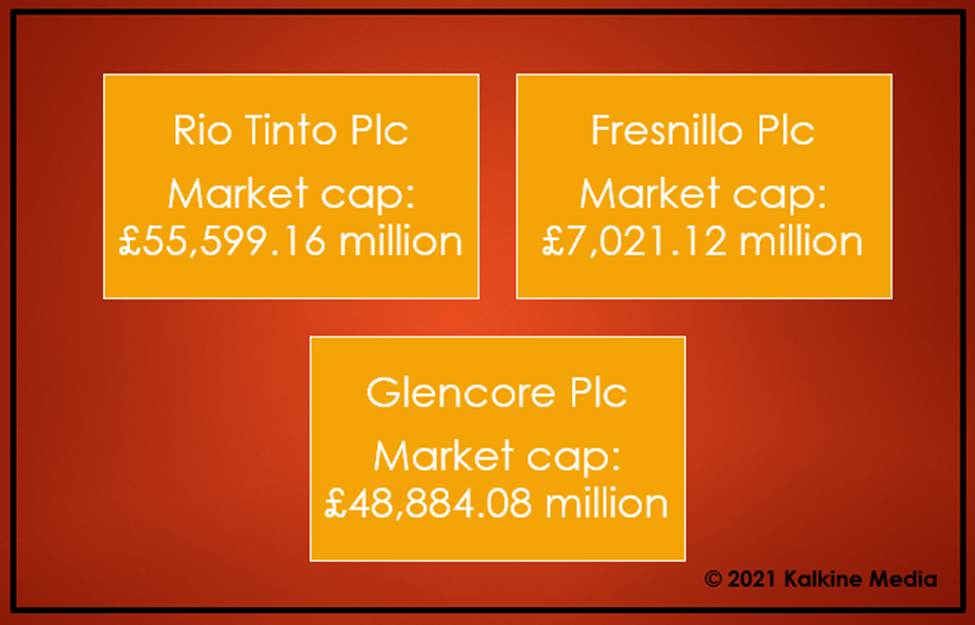 Rio Tinto is one of the prominent firms in the metals and mining space producing copper, iron ore, diamonds, uranium, and gold. Last month, the company collaborated with Carbfix to capture and bury CO2 from the company’s ISAL aluminium smelter. The collaboration is part of the company’s $7.5 billion initiative to lower emissions by 50% by 2030.

Fresnillo is a leading precious metals mining firm. Fresnillo announced production guidance of 53.5 to 59.5 moz of silver and 675 koz to 725 koz of gold for 2021.

Fresnillo reported Q3 silver production of 12.7 moz, down by 15.1% compared to Q2 2021 due to lower ore grade at San Julián Disseminated Ore Body. Its gold production was 172.5 koz in Q3 2021, representing a decline of 13.8% quarter-on-quarter due to lower volumes of ore processed and poor recovery rates at Noche Buena and Herradura.

Glencore plc is a mining company and a commodity trading business with headquarters in Switzerland. Today, it announced plans to suspend operations at its 100,000 mt zinc sulphide production facility in Italy for maintenance. Glencore and Evolution Mining have entered a pact for the sale and purchase of former's total stake in Ernest Henry Mining.

In October, Glencore inked an agreement to sell 100% of its stake in the wholly-owned subsidiary Chemoil Terminals LLC, the owner of Long Beach and Carson oil storage terminals in California, for $242 million.