ECR’s main area of focus is Australia, and its aim is to deliver the next multi-million ounce gold resource in the country. ECR owns 100 per cent of its Australian subsidiary company Mercator Gold Australia Pty Ltd (MGA). It has full rights of its two core exploration projects, namely the Creswick and Bailieston gold projects in Australia’s Central Victoria. 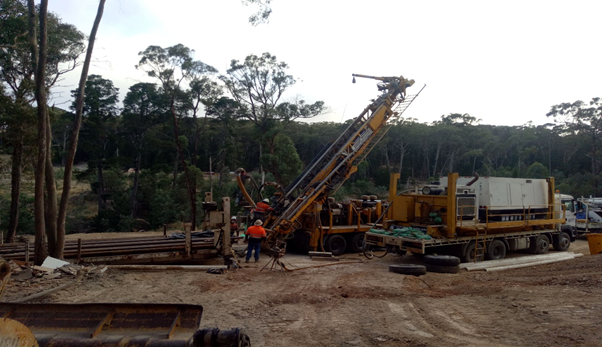 Located approximately 150 kilometres north of Melbourne, the Victorian state capital, the Bailieston project is situated at the epicentre of gold exploration boom in Victoria, being located close to one of the most successful modern gold mines: the Fosterville mine (approximately 50 kilometres away) owned by Kirkland Lake Gold. Location wise, the Bailieston exploration project is pursuing epithermal gold mineralisation zone of Melbourne.

Shale comprising bedding and cleavage parallel gold-containing (auriferous) quartz veins spread in nearly 25 metres in the Creswick project area is the Dimocks Main Shale, which is the spring of much alluvial and fertile lead gold. In the belt from North Ballarat to Spring Hill (Creswick), around 1,500 shallow primary mining operations have been charted. DMS is the major contributor of the Creswick/Berry lead system, where the historical alluvial production is assessed at up to 2.5 million oz (ounces) and around 11 million oz in the Ballarat area.

At Creswick, MGA had completed 1,687 metres of RC (reverse circulation) drilling for seventeen holes in February 2019. Out of those, grades in nine holes ranging between 0.6 to 44.63 g/ton gold. The mineralisation does not have clarity and can lead to understated or overstated assays as it has been corroborated as nuggety. In view of this outcome, in the year 2019 a gravity concentration test on the RC drill samples was done through the process of whole-of-bag gravity concentration. 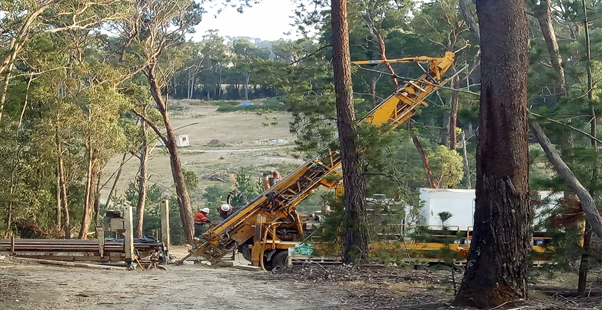 ECR at the SLM gold project in La Rioja Province, Argentina, holds an NSR (net smelter return) royalty of up to 2 per cent to a maximum of US$ 2.7 million in respect of forthcoming production.

The SLM project is owned by the Ochre Mining SA, the ex-Argentine subsidiary of the company. Hanaq Argentina SA acquired Ochre from ECR in early 2020. It is a Chinese-owned company with a highly experienced management team, involved in precious metals exploration along with lithium, base metals in Northwest Argentina including Salta, Jujuy and La Rioja.

The SLM project, which is situated around 450 kilometres northeast of Santiago, Chile, and approximately 800 kilometres northwest of Buenos Aires, consists of several mesothermal quartz veins hosted gold possibilities, which have earlier been mined on a minor scale. Maestro Aguero, El Abra, and JV14 are the three main gold prospects discovered in the project area.

The Philippine mining industry is presently going through a period of a major political and regulatory upheaval, which since June 2016 has been particularly intense and unpredictable. However, the company is confident that the political climate for the industry in the country will improve in future. 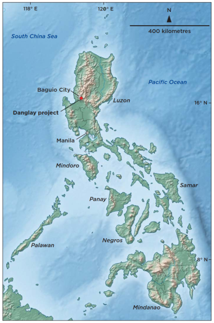