Rightmove plc (LON: RMV), the largest national online property portal, has revealed that the asking prices in the UK have plummeted by 0.9 per cent on a month-on-month basis for the period from 6 December to 9 January.  The annual pace of growth slowed down from 6.6 per cent in the previous month to 3.3 per cent, it has stated.

The asking prices are witnessing a drop as the sellers try to complete the transactions before the stamp duty holiday ends on 31 March. There are currently 613,000 deals in the pipeline. However, Rightmove expects that around 100,000 transactions will fully close after the tax reduction on the house buying ends. 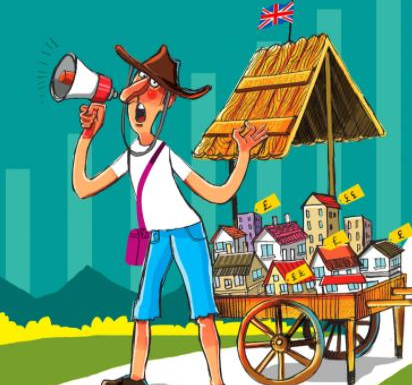 UK Chancellor Rishi Sunak had announced a temporary increase in the stamp duty holiday in July 2020 to £500,000 from £125,000 until 31 March so that it can help in the economic recovery during the coronavirus pandemic.

The Rightmove report also revealed that there was a 12 per cent increase in the number of buyers contacting agents and a surge of 9 per cent in the sales agreed in January so far in comparison with December 2019 data.

Tim Bannister, director of property data at Rightmove, said that the main difference between the initial lockdown in March and the current one is that the housing market remained functional this time, hence, the changing housing priorities needs could be implemented much more readily.

On 8 January, Rightmove said that it had recorded its busiest ever start to the year as there was a 30 per cent increase in the site visits between 2 and 6 January in comparison with the previous year.

Rightmove recorded 6 million daily site visits this month with continuous growth in activity in England and Scotland. The data also revealed that there was an annual rise in people contacting agents about buying property by 11 per cent as compared to January 2020, and a 22 per cent surge in people who enquired about a property to rent.

Despite concerns related to Brexit and the rising threat of a double-dip recession, the house prices in the UK have remained resilient in recent months after the easing of the first lockdown.

According to a report published by Britain’s biggest mortgage lender Halifax on 8 January, the average price of a house in the UK closed above 6 per cent in 2020 than in 2019, recording a new high of £253,374 in December.

However, it also warned that the growth was slowing and there might be a fall in prices in the coming months.

Related Read: Halifax Says Growth in House Price Is Slowing Down After the Boom

Outlook of UK property market for 2021

Before 2020 ended, Rightmove projected a strong 4 per cent rise in the national average house price in 2021 as the evidence suggested that people will continue to prioritise their housing needs.

But it also said that the growth in price for newly marketed properties will move at a slower pace in 2021 as compared to the last year.