As stamp duty holiday began to be gradually phased out, houses prices in May rose at the fastest pace since the financial crisis of 2008. House prices shot up 10 per cent in May in the UK as some homebuyers hurried to take last-minute advantage of the tax holiday in parts of the UK.

According to data from Office for National Statistics (ONS), the northwest recorded a 15.2 per cent jump in prices, the sharpest annual jump in house prices in any region. Prices in Wales jumped 13.3 per cent, 12.1 per cent in Scotland, and northeast England saw an 11.8 per cent rise. London recorded the slowest rise of 5.2 per cent through the year. 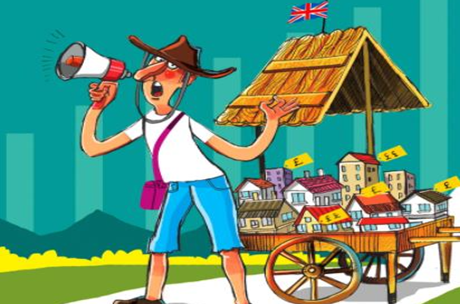 ONS data has put the average price of a property at £254,624. The growth in house prices annually was driven primarily by a demand for outdoor spaces and bigger homes. Savings on stamp duties were largest on properties in Northern Ireland and England that are priced £500,000 and above.

Phasing out of the stamp duty holiday in Northern Ireland and England began on 30 June and ended in Wales on the same date.

Here are the five biggest real estate stocks by market capitalisation and how they have fared amid the rising prices:

The company’s revenue fell 29 per cent for the year ended 31 December 2020, to £205.7 million from £289.3 million a year ago because of discounts offered to customers through the period of April to September last year. Operating profit fell 37 per cent to £135.1 million from £213.7 million.

For the half-year ended 31 March 2021, the company’s adjusted earnings were up 11 per cent, like-for-like rentals grew 1.7 per cent, and rent collection stood at 98 per cent. This year, pipeline delivery is expected to increase to 1,021 new homes.

The shares of the property development and investment company were trading at GBX 556 on 15 July at 11:01 GMT+1.

5 Housebuilding Stocks to Build Wealth in 2022