Since the Covid-19 pandemic crippled the world, people have hardly discussed anything else other than health. Most of the big pharma giants are now household names, especially those who are somehow related to Coronavirus treatment or testing. However, all were not that lucky, as over the last year, the biotechnology and pharmaceuticals index has been the second-worst performer in the FTSE350 Index.

One of the reasons for investors shunning this sector could be that the smaller healthcare stocks are a risky investment as these firms work on breakthrough scientific research, which has a high probability of failure.

Also read: 3 FTSE 250 healthcare stocks with over 25% return in last one year 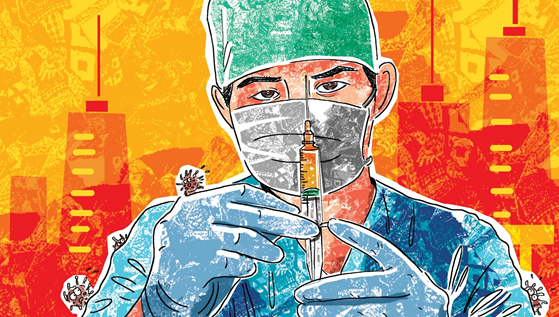 Here we will discuss four smaller healthcare stocks that have given a one-year return of over 50 per cent. A look at four such stocks:

The stocks of the liquid biopsy company have given a 1-year return of 65.4 per cent. On 11 May, the company announced the results of a new research on triple negative patients having breast cancer. The study analysed circulating tumour cells (CTCs) harvested by the company’s Parsortix system, and it was discovered that it could help in monitoring cancer patients in real time and provide information of “druggable targets" that could be useful for next line therapy in case of a relapse.

The AI-enabled in vitro diagnostics firm has given a one-year return of 204.99 per cent. Last month, the company furthered its partnership with Joslin Diabetes Centre to integrate the new biomarkers created by its researchers for the treatment of kidney diseases into its KidneyIntelX platform.

For the second quarter of 2021, the company reported $0.4 million in revenue from pharmaceutical services. The operating expenses of the company were at $8.8 million compared to $2.7 million in the same period a year ago. Research and development expenses increased to $1.4 million from $1.1 million in 2019 to $2.5 million.