•   UK Government’s borrowings in May surpassed expectations after a 70% hike in interest payments.
•   Debt interest payments reached £7.6 billion last month, the highest ever for any May on record.
•   Recession fears loom over the UK with BoE saying that the UK economy contracted in the second quarter.

As the UK continues to grapple with the issues of rising inflation and cost-of-living crisis, the borrowings of the UK Government surpassed the expectations in May this year after an increase of 70% in interest payments for servicing the national debt.

The Treasury was pushed to spend more to service its debt, taking the debt interest payments to £7.6 billion, this rise is now the highest for any May date. According to the Office for National Statistics (ONS), this was the greatest figure for any May on record. The Office for Budget Responsibility (OBR) is anticipating a hike to £19.7 billion in June.

Chancellor Rishi Sunak has said he is trying to adopt a balanced approach to handling the current crisis by supporting struggling households and businesses while focusing on overall debt reduction.

The fears of recession have been looming over the UK economy, especially after the Bank of England (BoE) estimated last week that the economy has contracted in the second quarter. In response to the ongoing crisis, BoE has been increasing interest rates to offset the impact of rising inflation.

As the UK government is working on bringing the economy back on track, the investors can maximise their gains in the current economic setup by investing in dividend-paying stocks, providing them with a stable source of passive income. Let's look at 3 FTSE100-listed dividend stocks, which investors can keep an eye on. 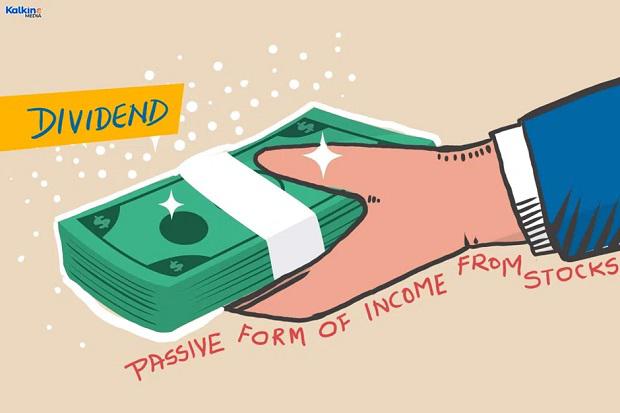