Aviation Sector Wants Most of The Europe In Green List, WIZZ, IAG and RYA in Focus

The aviation sector has gone through the worst times during the pandemic, with almost no business, no revenue and recurring cost to bear for over a year. All the flights remained grounded as the spread of the virus forced governments across the world to put a check on air travel, which was highly likely to spread the virus to different regions. Now as things are improving with the successful vaccination drive, the sector is looking to regain momentum with people making plans to fly again.

Based on some research reports that have said that foreign holidays can have little impact on hospital admissions, the CEO of budget airline easyJet Johan Lundgren has asked the UK government that while publishing the list of summer travel allowed destinations, most of Europe should be included in it.

Research of epidemiologists at Yale University in the US revealed that travel from most European destinations can lead to a rise in 4 per cent of hospital admission in the UK on the present daily average.

Lundgren said that as of 12 April situation, the UK government can allow most of Europe in the low-risk green tier as people vying to travel to popular destinations such as Spain, Portugal, and Greece, hoping that would not affect the UK’s Covid case rate. 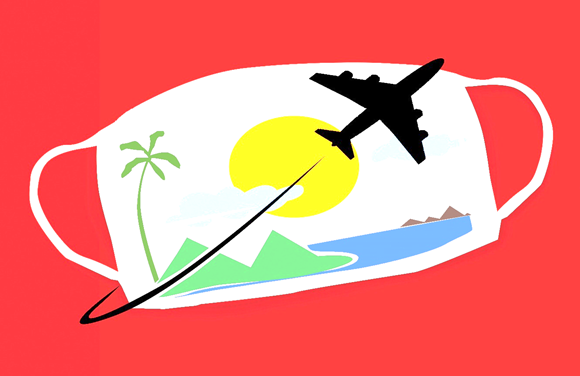 If the government goes with the findings of Yale University and allows Europe travel, it could be a booster for the ailing aviation stocks. Let us have a look at how they are performing on the LSE.

Wizz Air is a low-cost airline, which operates a fleet of 137 Airbus A320 and A321 aircraft and is among the fastest growing European aviation players. Ratings platform airlineratings.com had recently named the company as one among the world's top ten safest airlines.

Wizz Air’s revenue for the quarter ended 30 December 2020 was down by 77 per cent to 149.9 million euros. Wizz Air CEO József Váradi on Friday said that as the Hungarian low-cost airline prepares for European travel to re-open despite many restrictions still in place, the airline is expecting to fly 60-80 per cent of its previous capacity this summer. It has also announced new routes from Tel Aviv to destinations in Greece.

International Consolidated Airlines Group SA is a holding company and the owner of British Airways. The company, like other aviation players, has been hit hard by the Covid-19 outbreak. Recently, IAG signed a new Revolving Credit Facility (RCF) with a group of banks. The RCF is worth $1.755 billion and will be obtainable through a period of three years, also as per the terms of the RCF, there could be two one-year extension terms at the discretion of the lenders. Investor sentiment is likely to improve, with the airline expected to fully return to the skies in July.

Despite the travel uncertainty, Ryanair planned to expand UK summer schedule of flights, including locations in France, Greece, Italy, Spain, and Portugal by adding 26 routes. The airline aims to increase the schedule to 80 per cent of pre-pandemic levels by the middle of June. Recently, the company updated about its FY21 guidance, stating that now it expects to report a pre-exceptional net loss in a range of €800-€850 million as against a previously guided range of €850-€950 million.