Compass Group Plc (CPG) is a Chertsey, the United Kingdom based company that is engaged in the business of providing consumer services such as Food vending and catering services. Food services and providing a wide variety of innovative dining solutions are the core business of the group. The company operates in around 55,000 client locations across the world. It has approximately 600,000 workforce present at these locations who work as the company’s partners across a large number of auxiliary processes. The company serves approximately 5.5 billion meals annually. The spectrum of the company’s services includes Food Services, within which, it provides services like vendor and catering management with a customised menu with a focus on the customer’s demands and expectations. Additionally, the second type of services that the company provides include support services such as leaning in hospitals, reception services at corporate headquarters, managing remote camps, grounds and facilities services at schools and universities and a large number of other services with a wide scope. The company’s operations are spread across 45 countries around the world, some of which include the likes of United Kingdom, Republic of Ireland, Countries in Western Europe such as Spain, Portugal, France, Germany and Italy as well as some countries in Central and Eastern Europe as well as parts of Russia, India, China, South Africa, Brazil, Argentina, Mexico, Canada and the United States of America. The company’s biggest segment is the Business and Industrial sector making up for 39 per cent of the group’s total customers with brands like Eurest, Bon Appetit and Flik. The next is the Healthcare and Senior citizens sector at 24 per cent with brands like Medirest, Morrison Healthcare and Crothall Healthcare. Followed by the Education sector, which makes up for around 18 per cent of the group’s total market, providing nutritious dining solutions to support the young students. The company also caters to Sports and Leisure as well as Defence, Offshore and Remote sectors. 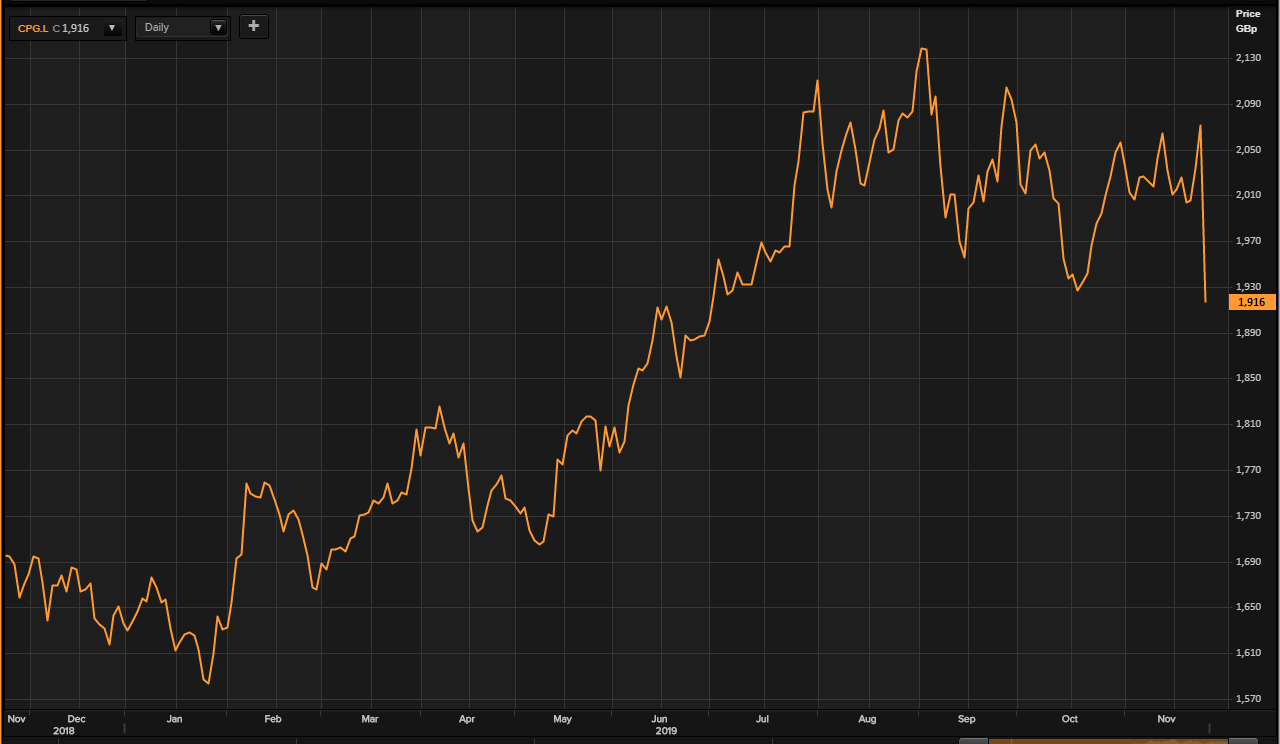 (Source: Thomson Reuters) Daily Chart as at 26-November-19, after to the market close

The beta of the Compass Group Plc’s stock was reported to be at 0.81. This implies that the stock price movement of the company is less volatile, in comparison to the benchmark market index’s movement.

Intertek Group Plc (LON: ITRK) is a London, the United Kingdom based organisation that is involved in the business of providing “Total Quality Assurance Services” to products, processes and systems. The group is a leading global quality assurance provider in 1,000 locations in around 100 countries. The group provides quality assurance services round the clock, seven days a week with the industry-leading process and customer-centric approach. The company has four major services which are Assurance, Testing, Inspection and Certification, which the company provides to industries such as Chemicals. Food and Healthcare, Construction and Engineering, Government and Trade, Energy and Commodities, Products and Retail, Transportation as well as other support service companies like Auditing, Consulting,  Sourcing and Training.

On 26th November 2019, the company announced a trading update for the ten months period from 1st January 2019 to 31st October 2019. The company reported the group revenue of around £2.487 billion in the reporting period, a year on year increase of 7.4 per cent on actual rates. The company also reported that it had made some progress in terms of revenue from acquisitions which was reportedly up by 1.4 per cent year on year. In terms of the outlook, the company highlighted that the board is anticipating delivering a strong organic revenue growth. The company also anticipates for its trade division to have an advantage because of the growth in the global trade-flow, as well as an increased focus on quality and supply chain risk management. 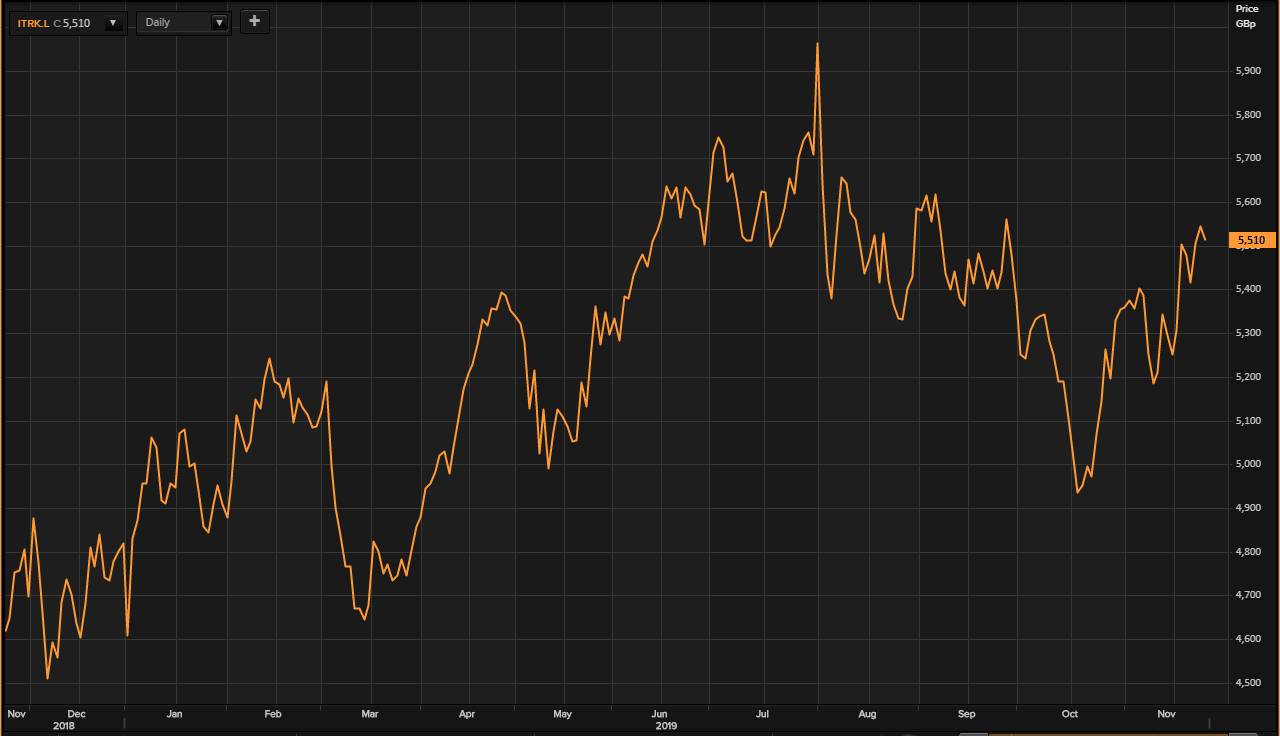 (Source: Thomson Reuters) Daily Chart as at 26-November-19, after to the market close

The beta of the Intertek Group Plc’s stock was reported to be at 0.96. This implies that the stock price movement of the company is less volatile, in comparison to the benchmark market index’s movement.