Tesco Not Much Impacted With The Controversy During Christmas Week

Tesco Plc (LON: TSCO) is a retail company which apart from retailing is also engaged in insurance services and retail banking business. The company has around 450,000 employees who serve millions of customers in stores and online. It has more than 6,800 shops in various locations such as the UK & Republic of Ireland, Central Europe & Asia. The company has great history of coming from market stall to the UK's biggest supermarket.

On 8th December 2019, the company confirmed that it began an evaluation of the tactical options for its businesses in Malaysia and Thailand which included feasible selling of businesses of these two countries.

On 05th December 2019, the company announced that the director of the company, Deanna Oppenheimer, acquired 421.103 American Depositary Receipts at a price of US$9.090 per ADR on 2nd December 2019.

On 22nd December 2019, the company announced that it is strongly against the use of prison labour and do not use them in its supply chain. The statement came after some media report surfaced of a customer finding a message written inside a card saying it had been packed by prisoners who were victims of compelled labour. The cards were produced at the Zhejiang Yunguang Printing factory close to Shanghai Qingpu prison.

Tesco said that the company was surprised because of charges which forced them to suspend the factory where these cards were manufactured and had initiated an inquiry. The company further stated that due to the allegations, it had revoked these cards from sale until the investigation results are out.

The company stated that it has an auditing system in place which in recent independent auditing did not find any evidence against the alleged supplier breaking the rule of the ban on prison labour. It furthers said that if a supplier violates the laws, the company will instantly and permanently de-list them.

As per media report, the messages inside a card which has a mention that they are external prisoners in Shanghai Qingpu Prison China and are compelled to work against our will. Please help and inform organisation of human rights”. The message was noticed inside the card by a 6-year-old girl whose name is Florence Widdicombe from London.

On 02nd October 2019, the company announced its unaudited interim results for the six months ended on 31st August 2019. 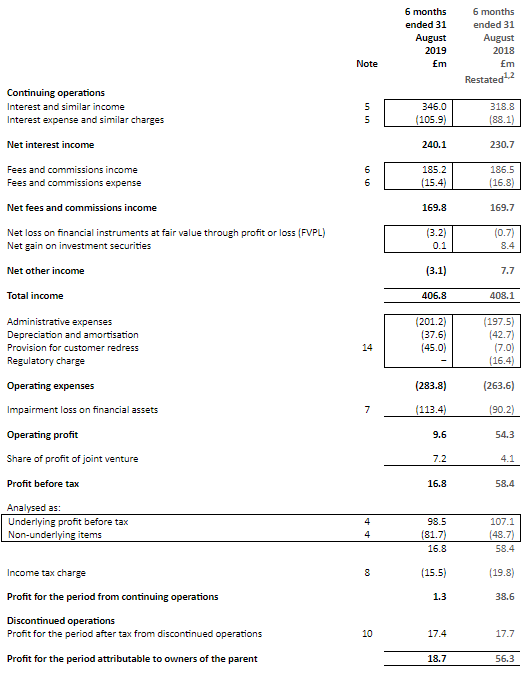 The beta of the TSCO share was 1.08 at the time of writing, which means it is slightly volatile as compared to the benchmark market index’s movement.

The company announced that they had a solid start in the initial month of the year 2019. However, it expects more profitability in between 1st and 2nd half of the year 2019. The company continues to innovate and allow technology opportunities which help the company to secure capital spending between the range of £1.1 billion and £1.4 billion per year. Also, the company’s merger with Booker will continue to create collaborations on plan.