Buybacks can improve shareholder value, and when a company announces a buyback, it is a positive sign for the economy, the market and investors. Thus, buybacks could be viewed as a kind of reverse initial public offering (IPO). It also serves as a means for a company to return wealth to its shareholders. Although stock price appreciation and dividends are the two of the most common ways, other means for companies to share their wealth with investors include share buybacks.

A stock buyback is a scheme where companies purchase a certain number of their shares from shareholders in the open market, driving up the share price. It is interesting to note that the price offered by the company to its shareholders to repurchase is higher than the market price. Many FTSE 100 Index companies have begun to announce share buybacks to supplement higher dividends. 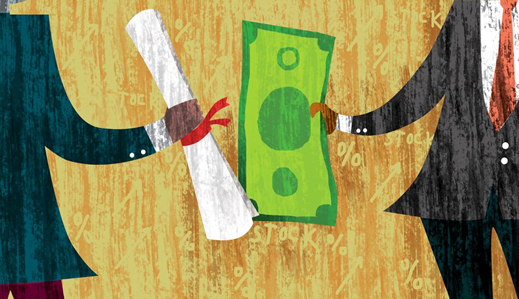 How do buybacks work?

Companies can opt for either of the following processes to buy back their own shares, in the first method, tender offer, where the company sets the buyback price and period. In most cases, the buyback price is higher than the current market price and the period lasts for ten days to a few weeks. Well-established players usually go for this route.

While in the second, open market method, the company fixes the maximum price per share and then purchases shares from the market over a longer duration. The open market route is taken by smaller companies, as the expenses involved during the buyback process are lower.

Here are five FTSE listed stocks that have recently announced buybacks. We have selected them based on their strong returns.

For H1 2021 ended 30 June 2021, the group income reached £11.3 billion, down by 3 per cent from the previous year due to currency headwinds. However, Barclays delivered a strong Group profit before tax in H1 21 of £5.0 billion (H120: £1.3 billion).  The bank has expressed its intention to start another share buyback of up to £500 million. On 19 March 2021, Barclays had announced a share buyback programme to purchase ordinary shares worth £700 million, which was completed in April 2021.

Royal Dutch Shell Plc, popularly known as Shell, is a British-Dutch multi-national oil & gas company based in The Hague, Netherlands, and incorporated in the UK, as a public limited company.

For Q2 2021, the total revenue of Royal Dutch Shell was $60,515 million, up from $32,491 million in Q2 2020. In July 2021, Shell announced the commencement of the largest polymer electrolyte membrane hydrogen electrolyser in Europe at its Energy and Chemicals Park Rheinland to produce green hydrogen. In the same month, Shell and T-Systems International, the corporate customer arm of Deutsche Telekom, inked a memorandum of understanding (MOU) to advance digital innovation as both firms speed up their transition to net-zero emissions.

Shell is the latest to announce the commencement of share buybacks as a part of its efforts to move to the next phase of the capital allocation framework that includes shareholder distributions in a range of 20-30% of CFFO. The maximum number of shares purchased by the company under this arrangement is 780,000,000, of A ordinary shares and/or B ordinary shares worth $2.0 billion; also the company expects half of the purchase of shares to be completed by the third quarter.

For H1 2021, Unilever’s sales grew at a rate of 5.4%, with volume sales up by 4.0% and 1.3% growth in prices, supported by solid price growth in Q2 2021. Although the business environment across the company’s markets has seen some improvement, it remains volatile, as restrictions on daily life continue to impact channel, sales and consumer behaviour.

On 6 May 2021, Unilever announced the commencement of the first phase of the buyback programme for an aggregate market value of €1.5 billion, which will be purchased back in the form of Unilever Plc ordinary shares.

BP is an oil and petrochemical company engaged in exploration and production of oil and natural gas, refining, marketing and supply of petroleum products, and generation of solar energy. It is also engaged in the manufacturing and marketing of chemicals such as acetic acid, terephthalic acid, acrylonitrile, polyethylene and ethylene.

In April 2021, the Argos platform for BP's Mad Dog 2 development arrived in the Gulf of Mexico, on time for commencement in 2022. The company also announced the high-quality Puma West oil discovery.

In Q1 2021, BP reported a profit of $4.7 billion, compared to $1.4 billion for Q4 2020. On 28 April 2021, BP announced the commencement of a share buyback programme to repurchase ordinary shares to reduce the issued share capital, which reduced net debt to by $5.6 billion.

Diageo is a global beverage alcohol company and is engaged in manufacturing a range of spirits and beer. It is listed on the FTSE 100 Index.

For the year ended 30 June 2021, organic net sales of Diageo grew year-on-year by 16 per cent to reach £12,733 million as compared to £11,752 million in 2020. All regions showed solid growth in organic net sales during the year, driven by strong consumer demand from the off-trade channel and a partial recovery of sales from the on-trade route in key markets. Sales growth was robust in North America, with organic growth of 20.2%, mirroring resilient consumer demand. The company reported an operating profit of £3.7 billion, representing a growth of 74.6 per cent.

In May 2021, the company had announced recommencing the second phase of its Return of capital (ROC) programme of up to £1.0 billion to be completed by the end of FY 22.