The rising interest in the unregulated digital currencies can be attributed to their growing popularity to trade for profit, and stock markets can’t remain aloof of the trend; though there are no pure play on the London Stock Exchange (LSE), there are many crypto related stocks trading on the LSE to look for.

Cryptocurrency is digital money usually traded online from person to person without a middleman, such as a bank or a government agency. Cryptocurrency is decentralized, which means that no government agency or bank decides how they are made, their value or how they are traded. They are stored in digital wallets, which may be an app or a vendor used to purchase coins. The wallet is locked by a private key or a unique code that can be used by the user to digitally approve purchases. Cryptocurrencies use blockchain technology that maintains a public record of all transactions that have ever happened in a given cryptocurrency. 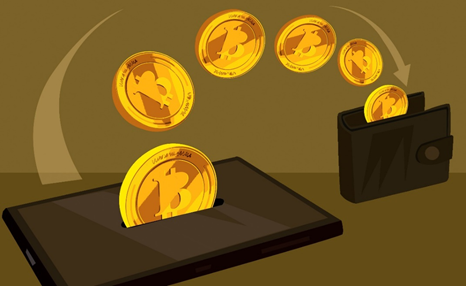 On 25 May 2021, Online Blockchain announced the opening of a new office in Gibraltar. The new location serves as a strategic choice as it develops its blockchain operations, specifically for the DeFi Protocol Umbria Network. On 15 June 2021, DeFi protocol Umbria Network commenced developing a first-of-its-kind blockchain bridge under the supervision of Online Blockchain. The 'Narni' bridge by Umbia will enable rapid, smooth and cost-economical cross-chain dealings to eliminate barriers associated with other bridges.

London-based Argo Blockchain is one of the most prominent cryptocurrency mining companies in the world.

On 22 July 2021, Argo Blockchain announced the commencement of construction of its 200-megawatt (MW) Texas-based cryptocurrency mining facility that will mainly be powered using renewable energy. The new facility is slated for completion in H1 2022 and will add up to 20 new full-time jobs.

Riot Blockchain is a Bitcoin mining company, founded in 2000. The company controls the Bitcoin blockchain through its fast-growing crypto mining in the US. It is focusing on expanding operations by increasing infrastructure capacity and Bitcoin mining hash rate.

Quantum Blockchain Technologies is an R&D company with a focus on Cryptography and artificial intelligence using Quantum Computing. It leverages classic computing technology and AI deep learning and quantum computing to develop a disruptive blockchain technology, which includes advanced blockchain applications such as cryptocurrencies mining.