Why October is termed as the ‘Month of Crashes’

October is a unique month as the investors looking at the past get nervous because of some infamous historical market crashes. October is a transitional month as autumn sweeps into the northern hemisphere and the stock market bubbles burst so frequently.

October saw some of the most infamous market crashes in the history and therefore, in the world of finance it is termed as the October effect. However, it is considered as a psychological anticipation rather than an actual phenomenon.

Also read: When will Bitcoin crash again? Here is what experts claim

The Bank Panic of 1907 was a six-week short-lived banking and financial crisis in the US, which caused from the collapse of highly-leverages speculative investments by easy money policies followed by the US Treasury. It leads run on various banks and trust companies and investors selling shares heavily in panic. The crisis inspired the monetary reform movement that led to the establishment of the Federal Reserve System. 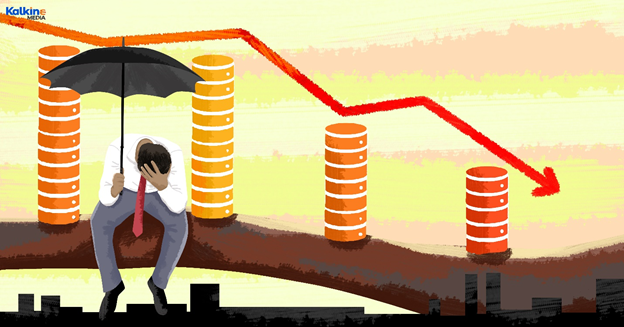 The Wall Street Crash of 1929 also known as the Great Crash is the most devastating stock market crash in the history of US that contributed to the Great Depression of the 1930s. It is mostly associated with 29 October 1929, which was around the investors traded sell-off shares, and share prices collapsed. On 29 October that year, investors traded more than 16 million shares on the New York Stock Exchange in a day, called Black Tuesday. The Dow Jones sunk by 12% and many people lost money invested in the market. This crash was followed by one in London Stock Exchange in September, which kickstarted the Great Depression.

The Black Monday took place on 19 October 1987, when the Dow Jones Industrial Average dropped by almost 22% in a single day and the S&P 500 Index declined by 20.4%. By the end of the October that year, most of the major exchange around the world dropped by more than 20%. Economists blamed the geopolitical events and the advent of computerized program trading that rushed the sell-off. However, the Federal Reserve and other central banks addressed the situation and the Dow Jones recovered quickly from the fall.

The Asian Financial crisis was a period of financial crisis that destabilised the Asian economy and eventually the global economy. The crisis began in Thailand as currency crisis and hot money bubble when Bangkok released the Thai baht from US dollar due to lack of foreign currency. The crisis gripped much of East Asia and Southeast Asia.  As a result, the stock markets, currency values and their asset values collapsed in many Southeast Asian countries.

The Global Financial Crisis of 2008 is also known as the Great Recession and is regarded as the worst financial disaster after 1930s Great Depression. It began on 15 September 2008 with the subprime mortgage crisis in the US created by the large load of mortgage-backed securities that bundled high-risk loans. The collapse of the Lehman Brothers, one of the major investment banks in the US, developed into a full-fledged international banking crisis. Irresponsible lending led to several loans in default and many financial institutes collapsed and needed governmental bailout.\

Is it September effect?

Historically, September has seen more down market then October if we look at the return generated in the month. There is no data to support the claim that the October is a losing month.

More importantly, the October crashes did not take place suddenly. The catalysts that led to crisis are the effect of the panic happened in September or earlier. It’s just the ripple effect.

Most of the investors have lived through more stock market falls in September than October as number of “Black days” occurring in the month of September and the financial events don’t cluster at any given point.

Many financial debacles happened in other months but were never given the status of the ‘Black Day’ because the media no longer leads with black days.  However, experts feel it would be nice for investors if financial panic, disasters, and crashes restrict themselves to one particular month.