US Market News: The major indices of Wall Street traded in the red after Joe Biden had announced a USD 1.9 trillion of Covid-19 stimulus plan. The Purchasing Price Index (PPI) had increased by 0.3% in December 2020 compared to an increase of 0.1% during November 2020. Among the gaining stocks, Alibaba Group Holdings shares gained about 1.41% after the company had avoided its blacklisting. Shares of Teva Pharmaceuticals Industries went up by 1.13% after the company announced regarding the launch of the generic version of Merck’s NuvaRing birth control device. Among the declining stocks, shares of Wells Fargo & Co slipped by around 4.75% due to its high restructuring & legacy cost of USD 1 billion. JPMorgan Chase shares fell by about 2.35% as the weak financial performance of bank’s core activities was offset by a strong performance from its investment bank division. Shares of PNC Financial Services Group slipped by around 1.47% after it had reported a drop in its fourth-quarter revenue.

European News: The London and European markets traded in the red territory reflecting weak investor sentiments around the latest UK GDP data. The Office for National Statistics had reported a GDP drop of around 2.6% for November 2020 compared to a 0.4% growth during October 2020. Among the gaining stocks, Indivior shares grew by 9.81% after it had raised its full-year revenue guidance. Shares of Aveva Group had increased by 6.97% after it had reported an improvement in revenue growth during the third quarter. Meggitt shares went up by 2.29% after it had anticipated the full-year results to be in line with the expectations. Among the decliners, shares of Petrofac went down by 27.07% after the former employee of one of its subsidiaries was charged under the UK Bribery Act. Babcock International Group shares dropped by 15.29% after it had reported a significant drop in the profit during the first nine months of the year. Shares of DS Smith went down by 4.17% after Merpas sold shares in the placing. 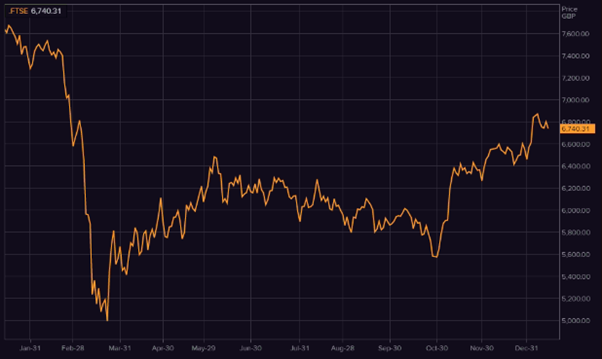