US Market News: The major indices of Wall Street traded in the green riding on the positive investor confidence regarding Joe Biden’s presidency and recent jobless claims data. The Labour Department had reported initial jobless claims of around 900,000 for the week ended on 16 January 2021 compared to 926,000 for the prior week. Among the gaining stocks, Kinder Morgan shares gained about 3.01% after it reported revenue and profit ahead of the expectations. Travelers Companies shares went up by 2.40% after the company reported a quarterly profit jump. Shares of Tesla went up by 0.37% after the electric vehicle registrations in California state had shown a jump of around 63% during its fourth quarter. Among the declining stocks, United Airlines Holdings shares slipped by around 2.57% after it reported a net loss of USD 2.1 billion in the fourth quarter. Discover Financial Services dropped by around 0.89% after it expected an increase in credit losses during the second half of the year.

European News: The London and European markets traded on a mixed note after showing investors’ optimism at the start of Joe Biden’s presidency. Among the gaining stocks, shares of Ibstock went up by 9.05% after it had expected to report FY20 adjusted EBITDA of more than £50 million. Sage Group shares grew by 3.67% after it had shown good trading performance during its first quarter. 4imprint Group shares went up by 2.43% after its full-year pre-tax profit fallen in line with the expectations. Among the decliners, IG Group Holdings shares dropped by 6.80% after it had announced USD 1 billion deal with tastytrade Inc. Shares of Energean went down by 2.20% after its first gas delivery from Israeli fields could postpone by three months due to the workforce shortage. Shares of WPP had fallen the most on FTSE 100. 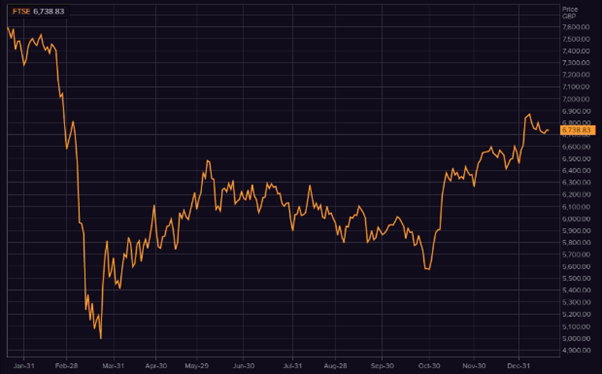