The year 2021 has been incredible so far when it comes to listing on the London Stock Exchange (LSE). The LSE recorded more than £27 billion of equity raised, the highest since 2014 as per data by PYMNTS, a provider of B2B platform for the payments industry. Let us take a look at two companies, HydrogenOne Capital Growth Plc and Forward Partners, which are planning to go public on the London Stock Exchange later this month.

The company has announced its plans to get listed on the LSE by the end of this month. The company is seeking to raise £250 million, which would mean the shares will be priced at 100 pence per share.

The company will list its share on the Main market of LSE. After the listing, HGEN would become the first UK-listed investment company, which is sincerely investing in private as well as public clean hydrogen assets.

Dedicated hydrogen investment fund HGEN is backed by Europe’s largest producer of hydrogen, INEOS Energy. INEOS energy is a British oil, gas, and chemical giant and is already committed to purchasing a minimum of 25 million shares in HGEN, which is 10% of the targeted £250 million.

Brian Gilvary, executive chairman of INEOS Energy said, through this investment in HGEN, the company is looking to accelerate and diversify its current clean hydrogen strategy. The partnership with HGEN marks another beginning of a substantial long-term bond that will open a new window into the world of clean hydrogen.

The move is significant as the interest in developing new hydrogen infrastructure is continuously gaining popularity among governments, energy companies, and investors to support the transition towards net-zero system.

Also Read: The Future Of Hydrogen Energy In The UK

At present, hydrogen is a relatively small part of the global energy mix. However, going by the changing dynamics, it is expected to gain prominence in future. Most hydrogen is made from fossil fuels. However, the countries are offering to fund the production of green hydrogen, which is the cleanest form of the gas that is produced using renewable energy. 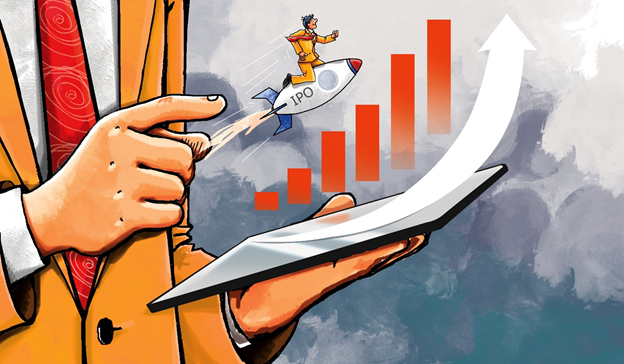 The company has announced its intention to list on AIM Market, a sub-market of the London Stock Exchange. The company is planning to raise at least £25 million to continue growth and expected to go public by mid-July.

The venture capital company was founded in 2013 by Nic Brisbourne. The company is focused on UK-based businesses that leverage artificial intelligence with marketplace and eCommerce technology and have high-growth potential. As of 5 July, Forward Partners has made 72 investments with 10 exits and raised close to £61 million across two funds.

Forward Partners portfolio companies include Ably, Cazoo, and CountingUp. As of March 2021, Forward Partners has demonstrated a gross Internal Rate of Return of more than 25%.

Brisbourne said that the big differentiator has always been that the company offers start-ups more than money. The combination of capital and specialist support for our start-ups has helped the company to improve the odds of success for more pioneering founders. Institutional investor BlackRock has backed the venture capital company since 2015 and has already signed up for £15 million of the new shares, while Draper Esprit has shown their interest for £2 million shares.