Surface Transforms Plc is a manufacturer of Disk breaks for automobile and aerospace applications using cutting edge carbon ceramic technology. The company attaches significant value to research and innovation in material sciences. It has its own patented carbon-ceramic material technology and a team of highly qualified scientists and engineers who are continually working on developing new processes for the development of carbon-ceramic materials and innovative products for a variety of applications.

The company’s products have been certified to ISO9001 since 2008 as well as ISO/TS 16949 accredited since 2015 and is the only manufacturer of carbon-ceramic brakes for automotive use in the United Kingdom.

The disc brakes of the company have been adopted by Porsche for their GT2, GT3, Turbo and Cayman models, by Ferrari for their 430 and 458 models, by Nissan motor company for their GTR R35 model and by Aston Martin for their V8 Vantage model.

The company’s shares are listed on the AIM segment of the London Stock Exchange where they trade with the ticker name SCE.

Strategic Update (during the financial year 2018-19)

During the past year the company has been able to secure the below mentioned important strategic business opportunities.

German OEM 5: This new client is one of Germany’s three major automobile manufacturing companies. Securing a contract with any of these important OEM clients has been one of the strategic objectives of Surface Transforms since its inception. The contract extended to Surface Transforms will make it the only supplier of the carbon ceramic disc brakes on the front axle of one of the popular cars in their stable; the lifetime sales from the contract would be to the tune of €11.8 million over a period of  6 to 7 years that the car remains in production with start of production (SOP) to happen in October 2021.

British OEM 6: This new client is one of Britain's foremost high-performance car manufacturers. The association with this client was via a tier-one system integrator. The association with this client however is not a new one, as the Surface Transforms was previously engaged by this client for a £2 million contract for a specialist one off example in 2018, the details of which were reported in last year's annual report. In the Post balance sheet date period, this client, through the tier-one system integrator, has given the Company a repeat £6 million contracts (including spares) spread over a 3 years period with SOP to begin by the end of the calendar year2021.

Financial Update (during the financial year 2018-19) 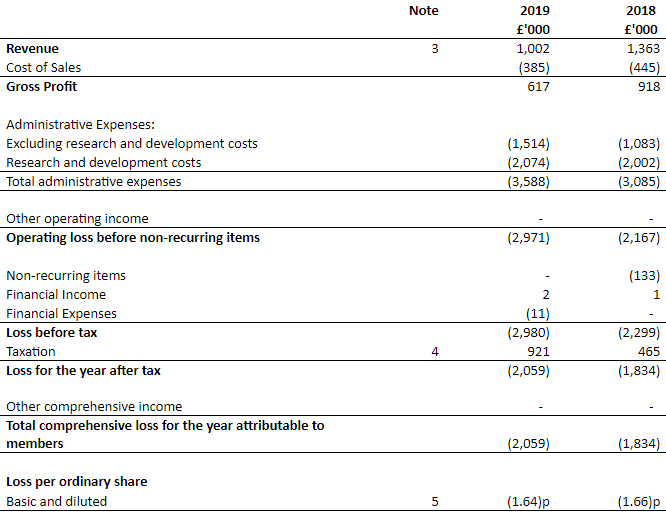 Price Chart as on 20 September 2019, before the market close (Source: Thomson Reuters)

During the past 15 months to the date of balance sheet on 31 May 2019, and most importantly the three-month period post the award of contract since 31 May 2019, it has been revolutionizing in the progress of Surface Transforms as a business. The company has in its hands now multi-year, multi-million revenue contracts that it expects to help it achieve break-even EBITDA (including tax credit) by financial year 2020, a profitable EBITDA  figure (including tax credit) by the year 2021 and a profit before tax figure by 2022.

The shares of the company are listed on the London Stock Exchange where they trade with the ticker name FLX.

Strategic Update (during the financial year 2018-19)

Strategic partnership; During the year the company’s strategic partnership with SolarWinds evolved further with Falanx Group being appointed as SolarWinds’s First Threat Monitoring Service Providers (TMSP) within the United Kingdom, in continental Europe and in South Africa.

The customer base of the company increased during the year by 10 per cent to reach 400 clients.

Financial Update (during the financial year 2018-19) 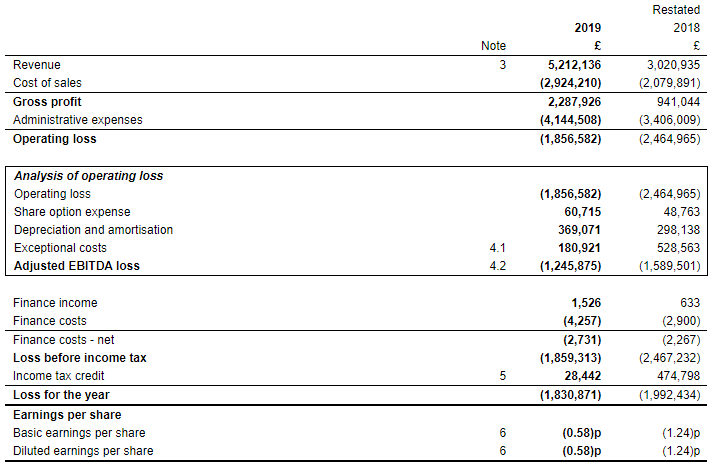 Price Chart as on 20 September 2019, before the market close (Source: Thomson Reuters)

The Board of the company believes that the investment made by the company during the first half of the year has begun to deliver positive results which were visible in the results of the second half of the year. Achieving cash flow breakeven is the company’s foremost objective, and it believes that it will be able to achieve that goal within a short period of time. The management is confident that it is well poised to deliver long-term value to its shareholders.