The word ‘Grimacecoin’ has been setting the cryptosphere on fire though it is not a real token or coin. It all started with a light-hearted conversation on Twitter between Elon Musk and McDonald’s on 25 January, wherein Musk said that he will be willing to eat its Happy Meal on live television, if accepts Dogecoin as a mode of payment.

Musk has been one of the strong backers of the meme-based token of Dogecoin and Shiba. The supporters of the Dogecoin have been pressurising McDonald’s to allow the customers to use Dogecoin at their joints.

McDonald’s too responded whole-heartedly. On 26 January, it retorted by saying that it will do so provided Tesla accepts the fake Grimacecoin. As soon as these two tweets appeared, anonymous token creators created Grimacecoins, which created quite a flutter on the Twitter, with many posting astronomical returns on the coin. 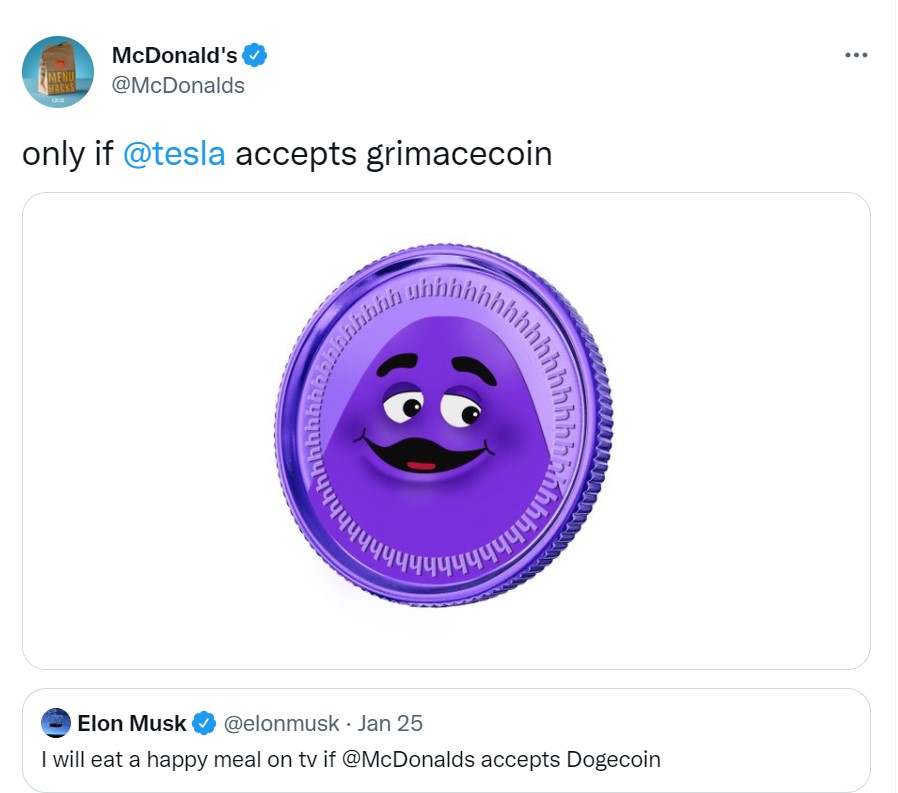 Several opportunistic players didn’t waste a minute and went ahead and created multiple Grimacecoins on Ethereum and Binance Smart Contract blockchains, which were traded on PancakeSwap and QuickSwap. In fact, it’s surprising to see how a joke can be utilised by players who wanted to make quick money. The token surged 285,641% in a few hours. This is a red alert for investors who fall in for such fraud tokens. 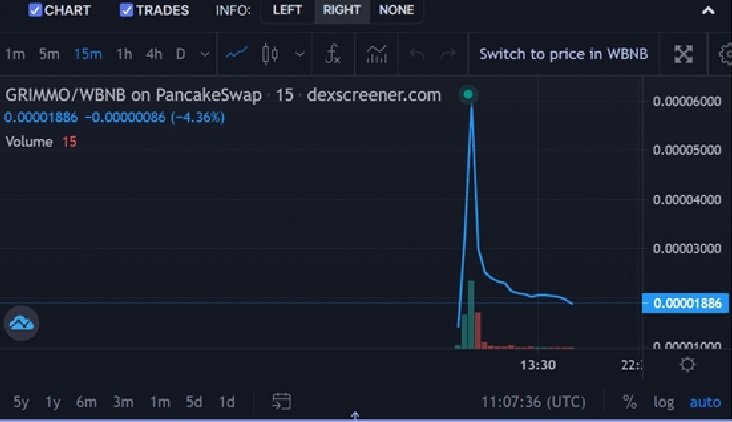 Not just on Binance Smart Chain, the token, in fact, was created on the Ethereum platform and its unverified Twitter handle claims that it already has 1330 holders and US$6 million volume. 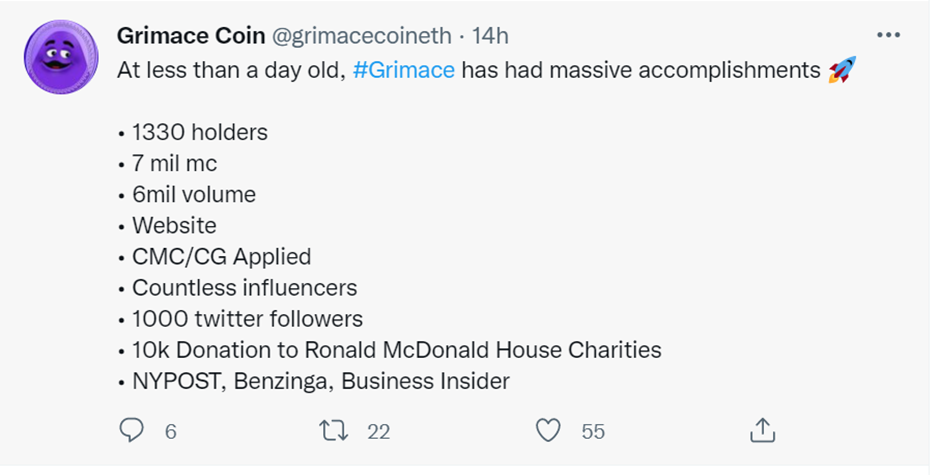 The recent episode has also raised questions over the security and safety of investors who get sucked into such ‘rug pulls’, or scams and lose their hard-earned money.

Many in the league

Grimacecoin is one of the recent examples of fake tokens doing rounds in the cryptosphere, which gets a significant number of holders on board and then disappears in thin air.  Earlier to this, the Squid Games scam left many investors in hot waters.

Another similar token Mongoose Coin originated during a hearing of the U.S. House Committee on Financial Services, where Rep. Brad Sherman mentioned it in his statement. Similarly, Hamster Coin was created once it was mentioned in Rep. Sherman's speech, which later saw massive gains.

These scam tokens have once again raised the need for regularisation. Investors should be very careful about such scams as making quick bucks can lead to huge losses. Crypto regulation is a much-debated topic at present and could well be a solution to such illicit activities. While investors wait for a set of proper laws on this, one should be cautious about such misleading tokens.