The company is a UK investment trust that was established in the year 2010 (June). It was the year 2017, when the shareholders of the company extended Polar Capital Global Healthcare Trust’s term till the year 2025, extending its life to hold operations until 2025. The company aims to create capital growth through investments across all healthcare sectors in a global portfolio of healthcare stocks.

Polar Capital Global Healthcare Trust was launched on 15th June 2010, with Dan Mahony, Gareth Powell and James Douglas contributing as its Co-Managers. 30th September marks the end of the year, with interim results being announced in Early May and the final results announcements in Mid-December. The next annual general meeting is to be in Late February. The term of the trust is up until the year 2025.

Through engagements in a diversified global portfolio consisting primarily of public securities, the company would seek to achieve its goal. The portfolio is diversified through aspects like geographic location, sub-sector of industry, and scale of investment. The portfolio will be consisting of one common pool of investments; however, the investment manager will be managing a portfolio of growth and an enhancement portfolio for the purpose of looking after the operations. The investment manager defines innovation enterprises broadly as small/mid-cap innovators that drive disruptive paradigm shift, potentially leading not only to new drugs and surgical treatments, but also to a transformation in healthcare management and delivery. It is anticipated that the growth portfolio will comprise a majority of the company’s assets, for this purpose, once the market capitalization of an innovation stock has risen above five billion US dollar, it will usually be regarded as a growth stock. Due to factors such as asset growth and the views of the Investment Manager on the risks and opportunities offered by investments in each pool and throughout the consolidated portfolio, the relative ratio between the two pools may differ over the life if the Company. Although there is no constraint as such on the geographic distribution, most companies in the initial or early growth portfolio are expected to be listed or traded in the United States region, and/or based in the United States. Though this may vary over the lifespan of the Company. Initially, however it was expected that the portfolio of investments would be restricted to fifty, in order to improve the flexibility of fund management, the board has permitted a rise to a total of sixty-five investments. Therefore, the cumulative assets or portfolio would consist of investments in up to sixty-five firms, with no single investment responsible for more than ten percent (or fifteen percent- in case of an investment in another fund that is managed by the Investment manager) of the Gross Assets- at the time of the investment. The portfolio of innovation may include stocks that are not traded on any stock exchange, but the net exposure to such stocks at the time of investment will not exceed five percent of the Gross Assets. If a dedicated healthcare innovation fund is started by the investment manager, the company’s access to innovation stocks can be achieved in part or in whole through an investment in that fund. In any situation, the company will not purchase more than fifty percent of the issued share capital of any such healthcare investment fund, without seeking prior approval of the Company’s board.

The Polar Capital healthcare team is responsible for overseeing PCGH. The investment team of the company consists of the following members: 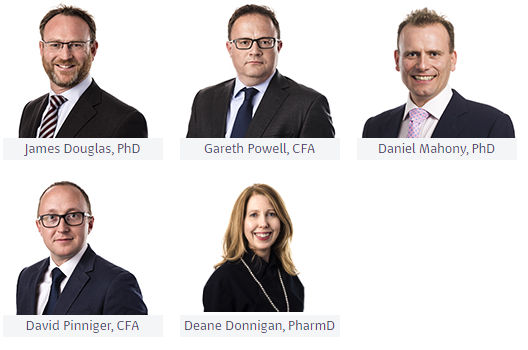 Polar Capital is an investment-led, professional, active fund manager with a collegiate and meritocratic ethos wherein the capacity of investment strategies is managed to enhance and protect performance. In has grown steadily since its establishment in the year 2001 and now has twelve independent investment teams overseeing portfolios that are specialized, active and capacity-constrained, with a total cumulative AUM of 14.3 billion pounds. Keeping in line with Polar Capital’s strategic philosophy of cultivating an equity among its staff and supplying customers with high levels of transparency- the Directors, Investors and Employees hold thirty-two percent of the company’s equity. London based Polar capital- has branches in Connecticut, Edinburgh, Paris, Jersey and Shanghai.

By offering a variety of fundamentally driven investment products to skilled and institutional investors that offer distinct, long-term risk-adjusted returns, Polar Capital aims to become a successful specialist fund management company. Their core philosophy is to concentrate on performance of investment beyond asset accumulation. They acknowledge that there is convergence of interest between the investment managers that they hire, their focus on delivering superior returns and the interests of qualified and institutional investors pursuing differentiated investment products.