These 4 NZX healthcare stocks can be explored in 2022

Recently, Novavax, the famous biotechnology company, has announced that its COVID-19 vaccine might be cleared by 10 different regulators for use in various countries in the coming few months.

At present, the said vaccine is available across 170 countries.

It is pointed out that the Company has applied for approval in countries like Japan, New Zealand, Australia, the UAE, the UK, etc.

Also, it has recently sent a consignment of its first doses of the vaccine to Europe upon receiving approval from the regulators belonging to the EU.

The vaccine maker has stated that its Novavax COVID-19 vaccine has lesser side effects when compared to the other vaccines.

That said, let us quickly walk through the four NZX healthcare stocks worth investing in this year. 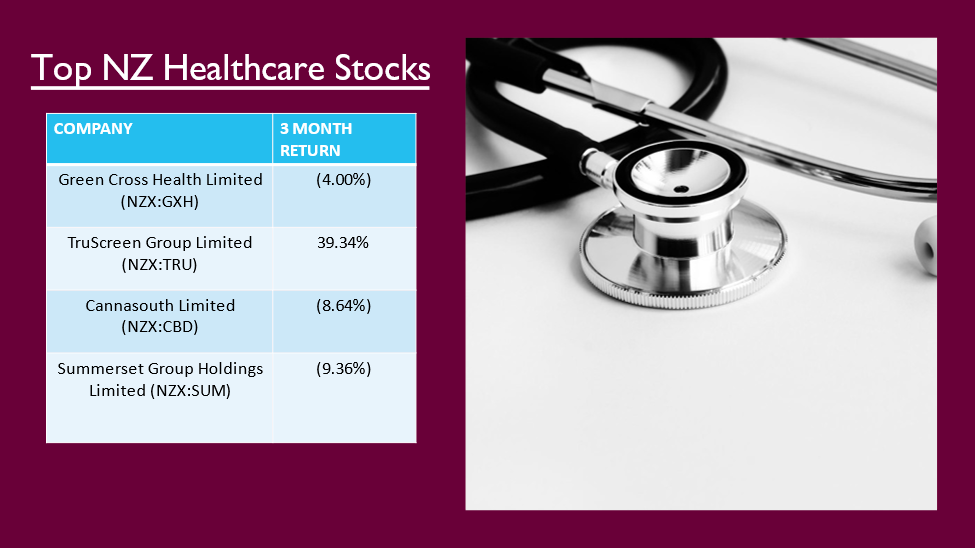 It is noted that Androulla has been associated with GXH's pharmacy division for the last 10 years and has also worked as Chief Operating Officer within the Company’s Access Community Health.

TruScreen Group Limited has disclosed significant progression in key markets worldwide.  The Company’s device has been selected as the primary screening method in one of the leading hospitals in Vietnam.

Further, TRU's Russian distributor is continuously spreading awareness about its technology across the Russian Federation, while its Mexican distributor will partner with a local medical device financing company, thereby getting a foothold of a strong client base in these two countries.

On 13 January, at the end of the trading session, TruScreen Group remained unchanged at NZ$0.089.

Cannasouth Limited, the medicinal cannabis-based company, has revealed significant research initiatives with the support of funding from Callaghan Innovation.

The Company is tirelessly researching on developing cost-effective extracts and has collaborated with a university for developing models for testing the efficacy of cannabinoids for ease in neuropathic pain, the outcome of which is likely to come this year.

Further, CBD is working on licensing its unapproved pharmaceutical products to meet the patient demand, thereby generating additional revenue for the Company.

Despite the ongoing pandemic, SUM witnessed good growth in total sales pertaining to FY21, which rose by 25% on FY20.

Moreover, the Company looks strong in Q122, with 58% presold deliveries.

New Zealand boasts having a well-established network of healthcare companies that play a pivotal role in safeguarding the physical health of its people and the economy as a whole.