Banks are financial institutions or organisations where people can invest/borrow money. Banks are majorly regulated by the government or the central bank of that country.

New Zealand has a highly regulated and concentrated banking system and constitutes the majority of lending to the non-financial private sector.

Amid this backdrop, let’s have a look at some of the popular banks and their performance in New Zealand. 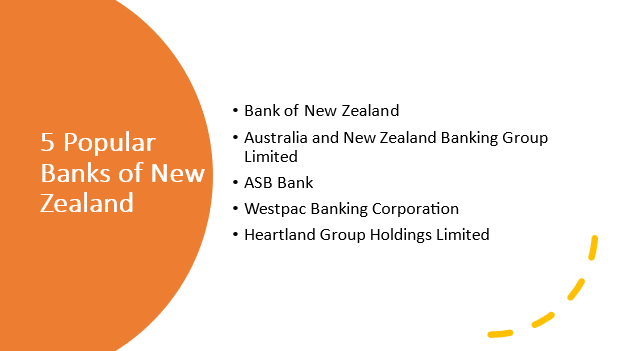 BNZ had an encouraging Q3 with strong momentum across the Australian and NZ business. The bank’s cash earnings increased 10.3% in the quarter compared to Q3 2020 due to substantially better credit impairment outcomes.

ANZ recently reported that it had agreed to switch its customers from the ANZ Share Investing platform to the CMC Markets-branded platform. The step is in line with the bank’s approach to make banking operations simpler and easier.

The Bank suffered a dip of $300 million in its books in the June quarter with the loan book slipping by 1% in July to $261.8 million. ANZ CEO in an ESG briefing on 20 September stated that there was a need to tighten lending standards amid a high household debt and operating concerns for small businesses.

ASB reported a cash NPAT of $1.29 billion for the year ended 30 June 2021, up 34% on the previous year. The bank witnessed a 10% growth in total lending amid a stronger-than-anticipated recovery from COVID-19.

The bank had to pay $9 million to its customers after Commerce Commission warned the bank of overcharging its customers on early repayment adjustment (ERA) fees in June.

ASB increased its fixed mortgage rate by nearly 30 bps in the last week.

One of the largest banks operating in NZ, Westpac, announced a 1 for 9 accelerated entitlements offers to eligible shareholders at $13 per share. The bank has requested trading suspension for this series of Westpac SFIs until the market opens on 24 September.

Westpac has also given a major priority to climate change in its recent ESG update.

Related Read: What are the top 10 NZX-listed financial companies?

The bank has also increased its 1-year rate by 30 bps, 18-month rate increase by 24bps and an increase of 30bps.

Heartland Group announced that its annual meeting would be held online and in-person on 28 October amid NZ’s COVID-19 Alert level.