Synlait Milk Limited (NZX:SML) is a dairy processing company in Canterbury, New Zealand. It produces a range of nutritional milk products by using the art of processing and expert farming.

The Group posted a 78% drop in EBITDA and a 138% decline in NPAT numbers in FY21. However, the revenue grew 5% to $65.3 million in the period due to the contribution of Dairyworks. 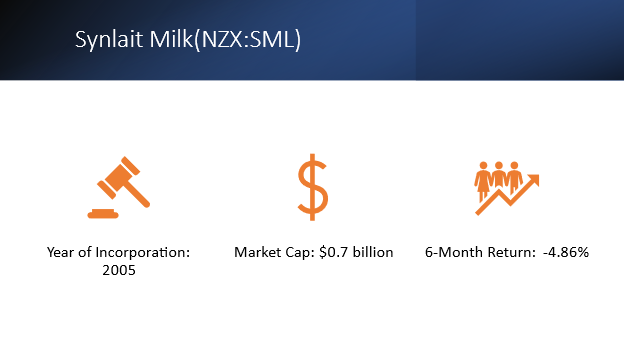 The Group had invested substantially in its diversification approach and witnessed a phase of strong orders from The a2 Milk Company Limited (NZX: ATM, ASX:A2M) during the period.

RELATED READ: ­What are the effects of changing China infant nutrition market structure on The a2 Milk (NZX:ATM)?

On 5 October 2021, Synlait unveiled its own-branded first consumer foods product, Synlait Swappa Bottle. It uses the concept of drink, return, and repeat. Consumers buy the Swappa Bottle and enjoy quality milk, then they return the bare bottle and cap to the supermarket. This subsequently helps SML to lower waste and get rid of plastic packaging.

Synlait Swappa Bottle is a refillable stainless steel milk bottle of 1.5 litres that has locally sourced treated milk. It also carries the B-Corp stamp indicating 2020 authorisation of SML and dedication to using business as a power for good.

The Bottles will be first introduced in 2 South Island New World stores and the company will further expand the distribution over the time.

Hamish Reid, Synlait Director, Sustainability & Brand, stated that that plastic waste had been a troubling issue for Kiwis since long but there were not many alternatives to milk. He also added that SML has taken a step ahead in this matter by launching Synlait Swappa Bottle to eliminate plastic waste while adding to a better future.

Synlait Milk is looking at a change by launching Synlait Swappa Bottle and considers reusables to play a much larger role in the country’s food and beverage future.

Moreover, actions taken in the final quarter of FY21 to revise its approach, align structures, refinance the business, and improve financial performance through a blend of initiatives will set the company up for future growth.