An IPO marks the significant stage in the growth path of any company, which intends to go public. It provides with the necessary working capital and, at the same time, increases the creditability of the company.

In this article, we have cherry picked few IPOs for the NZ investors that are ready to debut on the ASX. 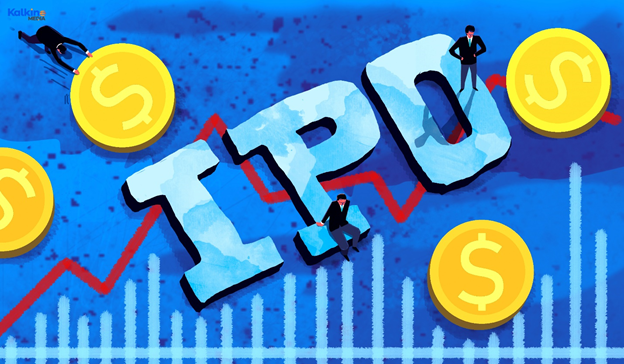 It is noted that the Company has restricted the distribution as well as possession of its prospectus outside the jurisdiction of Australia and New Zealand, failure to comply would result in the violation of the applicable securities laws, with only a select few investors meeting the eligibility criteria can invest from New Zealand.

Broadly speaking, New Zealand does not boast many mining companies listed on the NZX. By investing in Australia’s mining sector, NZ investors can also become a part of the growth story of these upcoming ASX-listed companies.

Related Read: Clarity Pharmaceuticals’ IPO: why should New Zealanders be interested in this Australian stock?

Sanlam Private Wealth Pty Ltd had been appointed as its lead manager to facilitate its IPO process.

It is pointed out that apart from Australia, the offer is also extended to the institutional investors of New Zealand, the UK, Singapore, Hong Kong, China, and Germany.

As discussed earlier, Australia, with its vast pool of mineral resources, is booming with various mining and exploration companies, which also operate in the renewable energy sector. Environment-conscious NZ investors can satiate their quest to invest in such companies.

X2M Connect Limited is a technology-driven company that focuses on the internet to improve productivity as well as cost savings.

To go public, the Company had lodged its prospectus with ASIC in July 2021, with an aim to raise capital worth AU$8,000,000. Interested investors can invest in its retail offer, which would close on 23 August. This tech company is expected to get listed on 10 September on the ASX, with its ticker code being X2M.

The lead manager to facilitate the IPO process of the Company is Bell Potter Securities Limited.

The Company’s prospectus can also be distributed to the institutional and professional investors from New Zealand, and the offer to the said NZ investors will be regulated under the Australian and NZ law.

Moreover, those investors from New Zealand who have received a personal invite from the Company to take part in the Chairman's list offer can also participate in this IPO.

Both New Zealand and Australia are technologically advanced nations, boasting numerous world-class tech companies. NZ investors have the opportunity of investing in some of the upcoming tech companies on the other side of the shore and participate in their success story.

Related Read: Can New Zealand’s investors invest in US stocks?

Based in New South Wales, Zoom2u Technologies Limited is an on-demand courier service. The Company is set to list soon on the ASX, expecting to raise AU$8 million through the IPO by offering 40,000,000 shares at a price of AU$0.20 a share.

Interested investors can subscribe to its retail offer between 10 August-23 August. The Company is likely to commence its share trading on the ASX from 15 September onwards, with its ticker symbol being Z2U.

It is noted that the Company is providing an institutional offer to institutional investors from New Zealand and to other eligible jurisdictions.

Courier services play an important part in strengthening the infrastructure as well as the communication sector of the country. Some of the well-known courier companies across the Kiwiland are New Zealand couriers, Urgent couriers, DHL Express, etc. Interested Kiwi investors invest in this Australian courier company and diversify their portfolio.

Another company that operates in the mining sector is Ballymore Resources Limited. The Company filed its prospectus in July 2021 with ASIC. It is looking to raise AU$7,000,000 by offering 35,000,000 shares. Its shares are priced at $0.20 per share, and the offer would close on 13 August.

Related Read: Cannon Resources IPO: When can you invest in this mineral exploration company?

Ballymore Resources is expected to get listed on 31 August on the ASX with the code of BMR.

The Company has appointed Morgans Corporate Limited and Bizzell Capital Partners as its joint lead managers and underwriters who would oversee the proceeding of the offer.

Further, Ballymore Resources has restricted the distribution of its prospectus outside the jurisdiction of Australia and New Zealand. Also, the offer is open to all the New Zealand investors having a registered address in the country.

Australia’s mining sector is brimming with confidence as numerous mining companies are operating in this space. NZ investors can cash in on this opportunity and invest in these precious metal exploration companies.

Operating as an industrial minerals company, Heavy Minerals Limited, intends to go public by raising a minimum capital of AU$5,500,000, thereby offering at least 27,500,000 shares at an issue price of AU$0.20 per share. The last date of its retail offer is 18 August, and the Company is likely to get listed on 14 September on the ASX, with a ticker symbol of HVY.

The lead manager appointed for the smooth conduct of the IPO proceedings is Foster Stockbroking Pty Ltd.

Must Read: Kuniko: Will this Australian mining company create a buzz on IPO debut?

IPOs, fresh offerings, or products are looked upon as an indicator of a profitable business. The ASX is a robust market and often encourages organisations in the country to get listed on it.

Australia is one of the biggest mining hubs worldwide, as is reflected through most of the mining companies in the queue to make their respective debuts. NZ investors can explore this vast sector along with many others and consider enhancing their portfolios.