Sri Lanka has announced a food emergency. After struggling for over a year, the country has finally declared its grinding state. While the rest of the world is hopeful of reopening borders for international travel, Sri Lankans are worried about having enough food for the upcoming months.

The year of consistent fall of Sri Lanka

In 2020, Sri Lankan Rupee fell by 7.5% against the US Dollar. Inflation and limited food supply are raging in a loop in the country. Recently, the Sri Lankan government announced a food emergency as it ran out of its foreign exchange reserves.

The current situation is such that people are standing in long queues outside departmental stores for necessities. Many have started buying food items in black as they fear essentials would soon perish in the country.

ALSO READ: How has the COVID-19 pandemic erupted a volcano of emotions?

The primary cause of inflation

Sri Lanka is a net importer of food and other essentials. Because of the pandemic, Sri Lanka’s income has drastically gone down, due to which it started evacuating its foreign exchange reserves. Now, to import food and other commodities, it needs foreign currency, but that road now looks way too steep for Sri Lankans.

According to the World Travel and Tourism Council, tourism contributed to 10% of GDP in 2019. However, since the pandemic hit, the country’s tourism sector has struggled to make its ends meet. Thus, because of the pandemic, loss of foreign exchange reserves and fall of the tourism industry,  the Sri Lankan economy shrunk by 3.6% in 2020.

The loop of falling foreign exchange reserves and borrowings

Experts say that the Sri Lankan government has drastically failed in maintaining forex reserves, because of which the country is experiencing a severe foreign exchange crisis. It had about USD 7.5 billion (€6.3 billion) in November 2019, which reached just USD 2.8 billion at the end of July.

The Sri Lankan crisis is not entirely induced because of the COVID-19 pandemic; the country has been grinding in the loop of inefficient governance, excessive imports, and consistent borrowings. Things were already tight for the country, and the pandemic only worsened the matters. 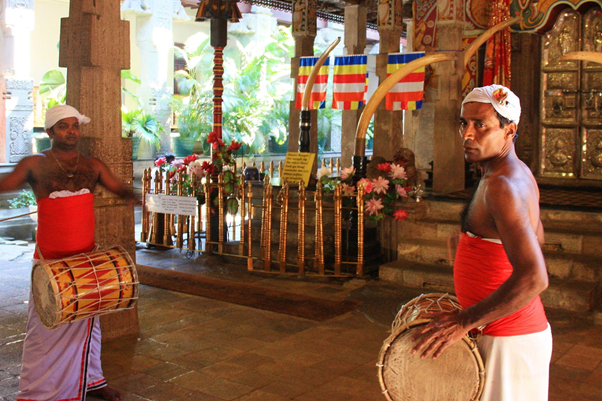 YOU MAY LIKE: Why has Biden’s approval rating fallen to the lowest?

The Sri Lankans are finding it hard to sustain during the pandemic; with the long queues for food and lack of availability of medicines in hospitals, Sri Lanka is going through multiple pandemics at once.

There is another crisis raging in the country called the energy war. Sri Lanka entirely depends upon imports for oil and gas, and because of low forex reserves, the country cannot import gas and oil. As a result, long queues on petrol pumps and other gas stations are increasing. Thus, the government has warned people to use fuel judiciously.

To manage the flow of currency in the county, the Sri Lankan government issued more and more currency, which again led to excessive liquidity in the market and the fall in the value of Sri Lankan rupees. So now, the welfare of the civilians depends upon how the government plans on managing the current crisis.