Money For Nothing? The Economic Marketplace of Art

In April 1917, French artist, Henri-Robert-Marcel Duchamp, submitted a readymade sculpture for an exhibition of the Society of Independent Artists. The piece was staged at New York’s Grand Central Palace and has since become regarded as one of the most highly influential works of art of the 20th century. The work in question was called Fountain.

Being such a highly regarded sculpture, one might imagine comparisons to Michelangelo’s David – an iconic work with such cultural and historical cache that people from all over the world make their pilgrimage to Florence every year just to get a glimpse of the priceless work of genius.

Duchamp’s Fountain, however, is a porcelain urinal with a signature that reads “R. Mutt” scrawled along the rim of the men’s room latrine – and no, this is not a joke. 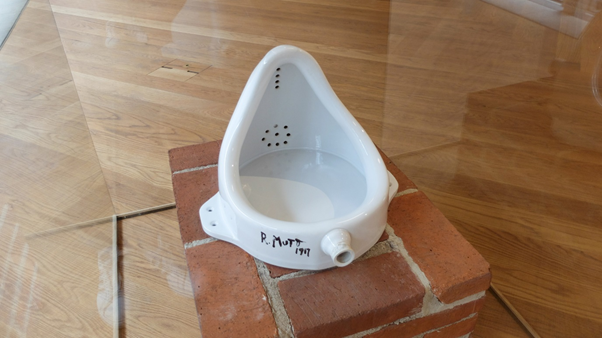 The urinal sculpture made with porcelain of Marcel Duchamp (Source © Sophieostangard6 | Megapixl.com)

Since Fountain’s original appearance, several replicas have been made and presented in various exhibitions worldwide.

The world of art has always encompassed a society often mocked for their pretentiousness paying through the nose for works that on the surface could’ve been done by a blindfolded kindergartener. And yet, some of these so-called works of art sell for hundreds of thousands of dollars.

If the purpose of art is to provoke discussion and inflame debate, then surely nothing inflames that debate like the question of whether something actually qualifies as art.

Case in point: Italian artist, Salvatore Garau, has just sold a piece of art for US$18,000. However, what’s most noteworthy about this work of art is that it’s an invisible sculpture. Let me say that again. Somebody paid US$18,000 for something that has no tangible touch, sight, sound, taste, or smell. 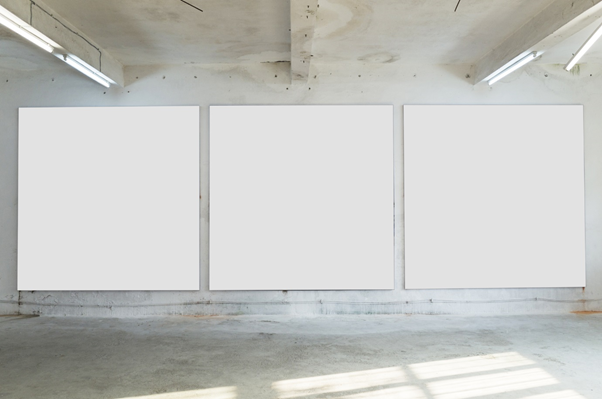 The invisible sculpture – titled Io Sono (I am) – is described by Garau as being made of “air and spirit” derived from the Heisenberg uncertainty principle, that even nothing has a weight; an US$18,000 weight apparently.

The baffling purchase sparks memories from 2017 where an art installation in a Miami Beach gallery was consumed as an afternoon snack by one of the gallery’s patrons.

The art piece in question, created by Maurizio Cattelan and titled Comedian, was a single overripe banana duct taped to the gallery wall. While this may sound ludicrous, it was apparently eye-catching enough to sell for US$120,000.

The banana’s devourer – a New York-based performance artist – displayed his antics on Instagram, describing the artwork as “delicious”.

Normally, defacing an art installation in a public gallery would be devastating, likely resulting in the defacer facing legal prosecution. In this particular case, however, the digested banana was simply replaced with another one without reducing the monetary value of the mysterious artwork.

Is Art a Good Investment?

These are just two examples of artworks where the price tag is baffling at best and nonsensical at worst. It also begs the question of how the economics of the art world is calculated and justified.

But just how beneficial is art in garnering positive financial returns? A Canadian study found that, on average, art investments achieve lower returns than real estate. On the plus side, though, the study outlined the benefits of art investment in terms of diversifying an investor’s portfolio.

In Australia, data released by The Accounting Research Journal revealed that annual returns across all artists averaged between 4-15%, with works by Brett Whiteley, Jeffrey Smart, Cecil Brack and Margaret Olley achieving the highest returns. 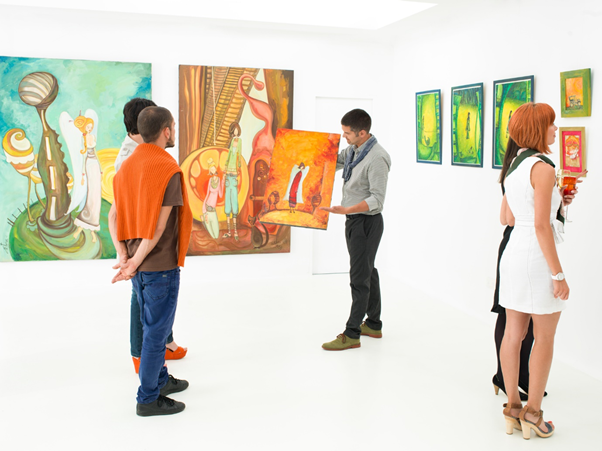 The average annual returns for those investors who buy and hold are comparable to average returns on the stock market. Although the risk involved in purchasing potentially appreciating artwork requires a somewhat thorough understanding of how to identify good versus bad art, the benefit of art investment is that it offers the chance to diversify one’s portfolio – something that all successful investors encourage.

The difference between stocks and art is that it’s difficult to attach a fiscal value to art given that, unlike stocks, the value of artwork varies from individual to individual. When it comes to art, beauty is indeed in the eye of the beholder.

A work of art by the late Vincent Van Gogh, for example, would likely sell for millions due to the fact his works are finite.

Jean-Michell Basquiat was famously broke throughout his life living in New York City. Last month, however, a Basquiat painting sold in New York for a monumental US$93.1 million, demonstrating the epic price hikes caused by scarcity.

So, while an invisible square is selling for enough money to take the family on a luxury holiday, one shouldn’t dismiss art as a viable investment with the added benefit of diversifying one’s portfolio.

Just make sure you can identify art that’ll appreciate in value.