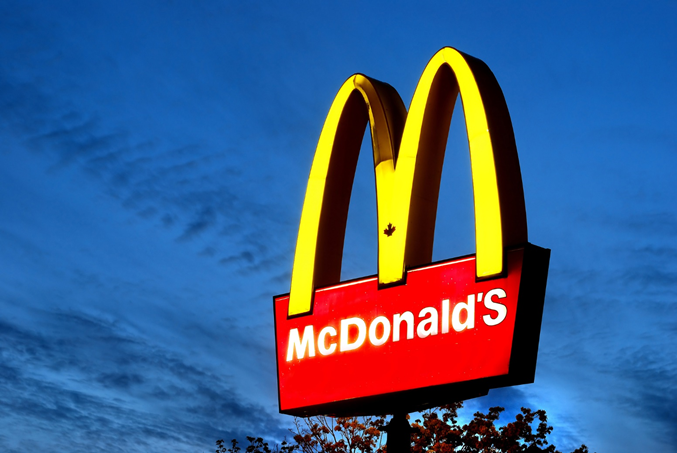 MCD on the daily chart 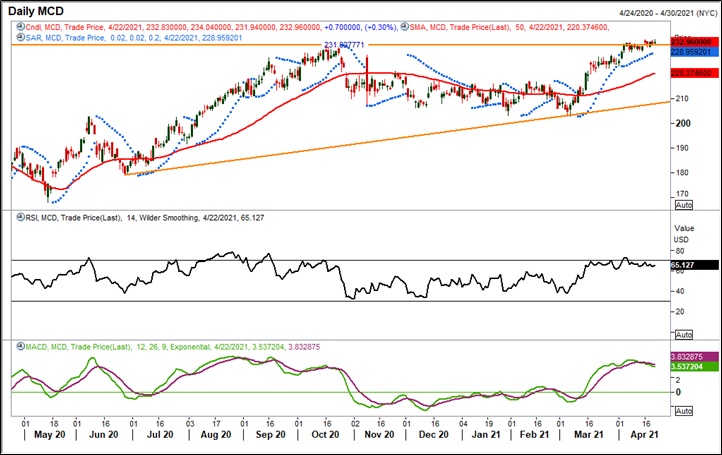 MCD’s price has broken out of an ascending triangle pattern at USD 231.90 level on 16 April 2020 and is sustaining above the upper band of the triangle pattern. The stock price is well placed above its 50-period SMA, acting as the important support at the lower end. The momentum oscillator RSI (14-period) is trading at ~65 levels, indicating a possibility of further upside movement in the stock. The prices are trading above the Parabolic SAR indicator, which is acting as an immediate support zone for the stock below the upper band of the triangle pattern. However, MACD (Moving Average Convergence Divergence) is showing the negative crossover, indicating a possibility of downside correction from the current level. The major support level for the stock is at USD 228 level.

The prices have been moving in the rectangle channel formation for the past seven months and trading in the range of USD 203.14 - USD 234. Currently, the price is hovering near the upper band of the pattern and approaching the upward sloping trendline (black color line in the above chart) resistance zone.

MCD on the weekly chart 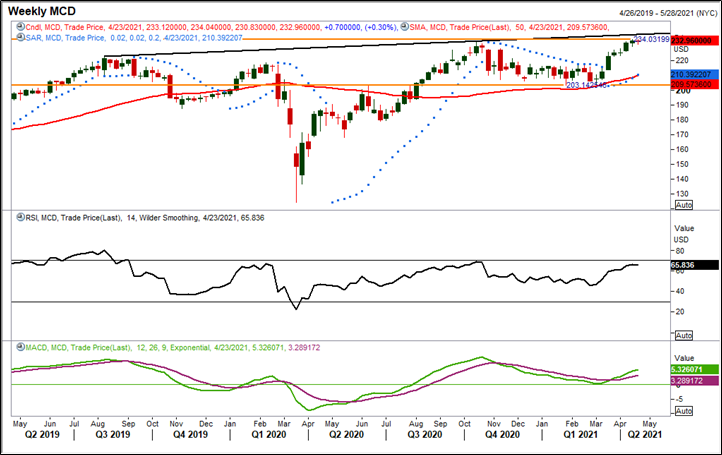 The price is trading above its 50-period SMA, which is providing a crucial support around the lower band of the channel pattern. Further, the price is trading above its Parabolic SAR indicator, acting as a support zone for stock.  MACD is also showing a positive crossover, which suggests a supportive momentum for the bulls. However, the momentum oscillator RSI (14-Period) is trading at ~65.83 level, near to an overbought zone. The major resistance zone for the stock is at the USD 235.10 level.

Based on the above chart analysis and technical outlook, the McDonald's Corp. price seems to be in an uptrend. Currently, the stock prices are hovering near the key resistance zone. The chart pattern suggests that there might be more action expected in MCD if the price breaks the important resistance levels in the coming weeks.