Mastercard on Thursday, April 29, reported net revenue growth of 4%, or 2% on a currency-neutral basis to US$4.2 billion (GAAP), compared to the same period in the previous year.

This revenue boost was bolstered by an 8% increase in gross dollar volume and a 10% jump in purchase volume, the company said in a release to shareholders. Its diluted earnings per share (EPS) was US$1.83 in the quarter, compared to US$1.68 in the corresponding period of 2020.

Its net income rose by 8% to US$1.8 billion (GAAP), compared to US$1.7 billion in the same period of 2020. Mastercard CEO Michael Miebach attributed this growth to increased domestic spending, comparable to the pre-pandemic levels, smart deals, and strong partnership with global associates.

Mr. Miebach said the company’s continued thrust on a multi-disciplinary strategy involving strong networking yielded positive results in the quarter. Other factors that contributed to the growth included acquisitions and substantial returns from its cyber and data services solutions.

Although cross-border volume had declined, around 17% on a local currency basis, growth from incentives, rebates, and deals have offset the shortfalls, it said. Also, the effective tax rate was 16.5%, compared to 14.8% in the year-ago period.

Furthermore, some 2.8 million Mastercard and Maestro-branded cards were issued during the period ended March 31, 2021. The company also bought back some 3.9 million stocks for US$1.4 billion and made US$439 million dividend payments to shareholders in the quarter. 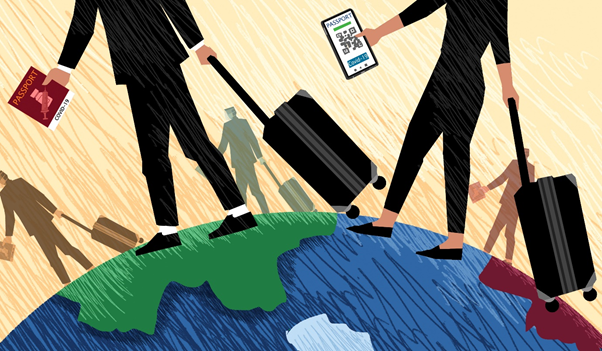 The results included net gains from equity investments, amounting to US$156 million, in contrast to US$2 million net losses from the same in the corresponding period. Additionally, net revenues were down 2% in the quarter, attributed to a decline in cross-border volume. However, Visa’s payments volume rose 11% on a constant-dollar basis, compared to the same period in the year-ago period.

Europe, which is a major source of its global transaction revenue, dropped 21% in the quarter. Its total transactions rose 8% to 37.6 billion YoY, largely aided by the domestic market. Its total services revenues were US$2.8 billion, up 8%, compared to the corresponding period of 2020. Also, Visa had repurchased 8.3 million common stocks at US$208.51 apiece during the quarter.