French reprisal on the trade front for Australia?

A week ago, Australia scrapped a US$90-billion contract for buying French submarines. This came as a result of what is considered as an effort to check China's regional influence on the contested South China Sea. The deal is being dumped to create a nuclear fleet in association with the UK and the US. It will make Australia the world’s seventh nation operating nuclear-powered submarines. A joint naval presence would possibly escalate in the north of Australia as a coordinated move against the territorial aggression by Beijing.

Australia, the UK and the US have announced a new trilateral partnership for security in the Indo- Pacific region to begin an 18-month long review to find the best possible way for Australia to acquire nuclear-powered submarines. With this deal, Australia can develop submarines using artificial intelligence as aid from the US. All with the larger goal to safeguard the Indo-Pacific area.

There indeed is a reason for uproar in France. Much earlier in 2016, a French company had been selected for the nation's largest defence contract. AUKUS has resulted in the cancellation of a program to build 12 submarines designed by the French company. Called a "stab in the back" by Jean- Yves Le Drian, the French foreign minister, the US$90-billion program being scrapped will bring repercussions. The fury is visible even in Cherbourg, where the design for the submarine program was already in progress. This deal cancellation amounts to a loss of approximately 600 jobs. Thebault, France's ambassador to Australia, calls this a plot in the making for almost a year and a half while France was committing its well-kept military secrets in the best interest of this submarine program.

Related Read: Why is France upset over Aukus submarine deal?

Predictably, there are angry reactions from China. According to Media reports, foreign minister Zhao Lijian said in a statement that the move would undermine regional peace and stability, aggravate arms race, and prove detrimental to international non-proliferation attempts. According to China, Australia has violated the Treaty of Rarotonga, which prohibits nuclear weapons’ production, possession, and testing. It is not just AUKUS; China is also bothered by Quad, the security alliance comprising Australia, India, Japan, and the USA, which meet next week. China sees the AUKUS deal as a precedent being set by China that may lead to other nations like Canada, South Korea and Japan wanting to walk the same way. Already there were trade haywires between China and Australia even before AUKUS happened. China's move towards zero-carbon emission is bringing down its steel production, because of which it may not need as much iron ore from Australia. On the other hand, Australia is worried because it is one of its largest trading partners for the commodity.

It does not look like a decision taken instantly. Australians had wrongly calculated the extent of the Chinese threat and thus needed to level up their preparation. Thus, taking cognisance of geography and technology challenges, it entered into a trilateral security partnership with the US and the UK.

The retaliation is already beginning to show. France cancelled the gala for commemorating the 240th Anniversary of the Battle of the Capes. Ambassadors too have been recalled. However, this does not seem to be the end of the retaliation. French sources are sending out hints involving NATO. However, a truth exposed by this deal is that the US no longer has any interest in NATO, nor does it pledge any loyalty to those who took its side.

In addition, after the announcement about AUKUS, fellow EU members have been asked by France to reconsider the inclusion of Australia in any free trade agreement.

Last spring, Australia completed its 11th round of trade negotiations that commenced in 2018. However, European affairs minister, Clement Beaune, has gone on express trust issues amidst ongoing trade negotiations. Such comments put a lot of uncertainty around the next round of talks with the EU, one of Australia's largest trading partners. 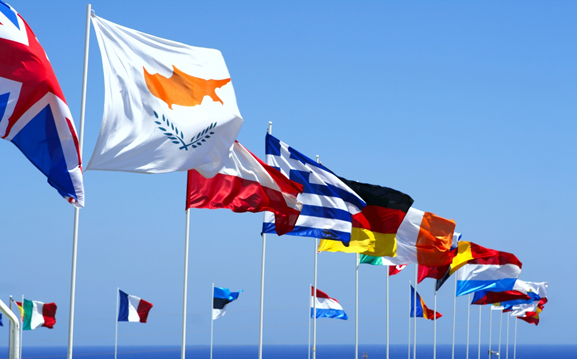 As per information from the Department of foreign affairs and trade of the Australian government, the negotiations for the free trade agreement between the European Union and Australia started in 2018. The EU is Australia’s second-largest trading partner and foreign investment source. The FTA will benefit post-pandemic recovery in Australia, giving a competitive edge and more choice for the country's exporters. The consumer side will also benefit from a wider range of choices and better prices. Dan Tehan, the trade minister of Australia, was expected to visit Paris earlier next month to discuss the free trade agreement with the EU.

Australia's foreign minister, Marise Payne's spokesperson, has rated the new deal as a move in the interest of national security and unchanged ties with France. The US too intends to intervene in the coming days.

There are also opinions that the upcoming election season is triggering the reaction from the French government as a mark of standing up for the interests of the companies in the country.

Having spent US$2 billion on the now-cancelled deal, how the French fury unfolds would be interesting to watch.