British-Swedish multinational vaccine maker AstraZeneca (LON: AZN) won a legal battle against the EU on 18 June that otherwise would have asked the pharmaceutical giant to speed up its vaccine deliveries to the European Union (EU).

The bloc sued the covid-19 vaccine manufacturer in April due to delays in its vaccine shipment to the EU. Had the bloc succeeded in court, it would have forced AstraZeneca to supply 120 million doses of its covid-19 vaccine by the end of June 2021. All members of the 27-nation bloc had endorsed the move of taking the company to court.

The court has ordered the vaccine maker to supply up to 80.2 million doses by 27 September 2021, a much lower quantity than the bloc’s demands. The legal challenge was held in the Court of First Instance, based in Brussels, Belgium. 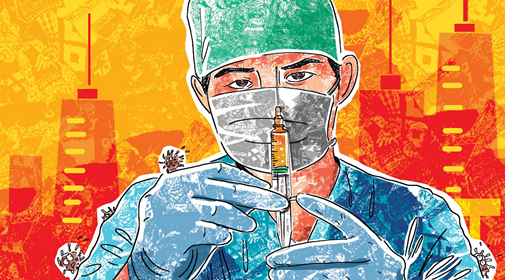 The judge ruled that the pharma giant AstraZeneca must deliver the 80.2 million by the date announced in the ruling. In case AZN fails to meet those supply quantities, it will attract a penalty of about EUR 10, for every dose that is not delivered by the vaccine company.

According to the court order, AZN will have to deliver 50 million doses of its vaccine doses to the bloc by 27 September, in addition to the 30 million already supplied by the pharma giant by Q1 2021.

The court order also acknowledged that AZN’s vaccine delay was impacted by the difficulties the company had faced in an unprecedented situation. Both the EU and AZN welcomed the order.

However, Ursula von der Leyen, the European Commission’s president, also confirmed the EU’s view that AZN had not held up its commitments to the EU in its contract.

According to EU data, AZN has already sent up to 70 million vaccine doses, over 50 per cent of which had been delivered to the EU at the beginning of the legal proceedings.

The EU’s dispute with the vaccine maker has stemmed from AZN not meeting its vaccine delivery commitments in its contract with the bloc. According to the European Commission, only 30 million doses were delivered by AZN in Q1 2021, from a previously agreed quantity of 90 million doses.

Furthermore, AZN said its delivery quantity for Q2 2021 would be 70 million doses instead of the 180 million vaccine doses promised by the company. The EU and AZN had signed a covid-19 vaccine contract in August 2020 for the supply of a total of 300 million doses to the bloc.

According to AZN, production challenges were faced in a Belgium plant. However, the EU had countered the claim they had identified plants in the UK and EU, which met with AZN’s sourcing requirements.