China and India have failed to submit fresh pledges for reducing greenhouse emissions to the United Nations. This was supposed to be included in UN report for global climate summit this year. On the contrary, a smaller group of nations submitted more ambitious pledges, which directly mounted considerable pressure on large emitters, including China, for failing to do the same.

China is the world's largest emitter of greenhouse gases, followed by the United States and India. About a dozen countries, including India and China, could not provide an update on their targets for reducing the release of these gases by 31 July. 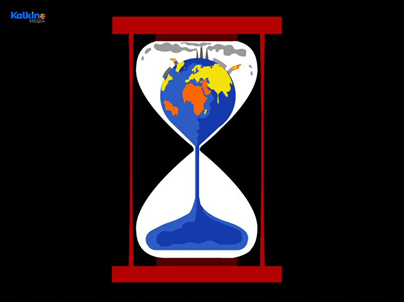 Due to the pandemic, the deadline was extended from the end of 2020. Patricia Espinosa, UN climate chief, said that for the United Nations Framework Convention on Climate Change, 110 signatories met the deadline. She said that the new targets were submitted by only 58 per cent on time and it was not a satisfactory performance.

A total of 15 smaller nations that have comparatively low CO2 emissions proposed new pledges ahead of the 30 July deadline in order to be counted in the UN report. These countries included Barbados, Sri Lanka, Malawi, and Israel. Among the bigger countries, Namibia, Malaysia, and Nigeria submitted stricter climate targets this week.

Syria, South Africa, Saudi Arabia, and another 82 countries failed to revise in time the nationally determined contributions (NDCs) for them to be included in the report being prepared for the climate change conference in November. Espinosa said that a previous report found that nations were not doing enough to keep global warming lower than 2 degrees Celsius by the close of the century, leave aside the bigger target of capping global warming at 1.5 degrees Celsius.

As the world is seeing a series of deadly wildfires, heatwaves, and flooding, demand for immediate action to bring down carbon dioxide emissions growing louder. However, a recent analysis of the climate pledges of countries done by the UN has found that together, all the countries would still contribute to global warming way beyond the limit of 1.5 degree, which is in place to mitigate climate change’ worst impacts.

According to the 2015 Paris climate accord, nations can come up with their own emissions reduction targets. However, they are required to be transparent and increase their combined targets over time so that global warming can be contained within the agreed acceptable levels.

The European Union and the United Nations have increased their targets recently, with a promise that in this decade emissions would be reduced faster.

Those nations who have missed the cut-off date for inclusion in the report on climate change are still eligible to submit their new pledges in November, before the summit begins. By then, every nation would need to come up with a new pledge.