The presidential race to the White House has finally come to an end with Joe Biden elected as the 46th President of the US on Saturday, 7 November 2020. The Democratic presidential candidate won after giving a tough fight to outgoing US President Donald Trump.

The former vice president secured 290 electoral college votes, whereas Trump secured 217 votes. The number of votes in favour of the president-elect was 20 more than 270 needed to determine the winner to the presidency.

Mr Joe Biden is a Democrat and at the age of 77, he is all set to be the oldest President of the United States. Biden’s political journey started in 1972 at the age of 29 when he was also a lawyer running his own law firm. During this period, he won the US Senate election and became one of the youngest senators ever elected.

Amidst the prolonged and disruptive pandemic, which seems in no mood to spare anyone, this presidential election was considerably different from previous US elections.

Organising elections in a pandemic environment is a challenge for any country, and all countries that decided to go ahead with the elections in the year 2020 had to ensure adequate safety measures of social distancing, mask wearing and use of hand sanitisers.

In the presidential campaign process, Biden also criticised Mr Trump's handling of the infection. In fact, during the final phase of the election campaign, Mr Trump himself got infected with coronavirus. Read here to know more: Both Donald And Melania Trump Tested Positive For Coronavirus.

President-elect Joe Biden is forging ahead with efforts to establish his administration, however, he is experiencing a contentious transition, as the Trump administration has blocked most of the resources for the transition.

As per the plan, Biden is to swear in on 20 January 2021. But his transition timeline has been left in lurch by Trump's denial of acknowledging the election results and his apparent intentions to impose legal challenges to key states’ poll results. In various states, the Trump campaign has already filed lawsuits challenging the vote counts.

Moreover, the Biden regime is beginning at a time when the world is afflicted with extremely challenging health and economic crises, and there are priorities, which he needs to divert his attention to immediately. Consequently, the transition team is prioritising to fill senior positions for the COVID-19 response. 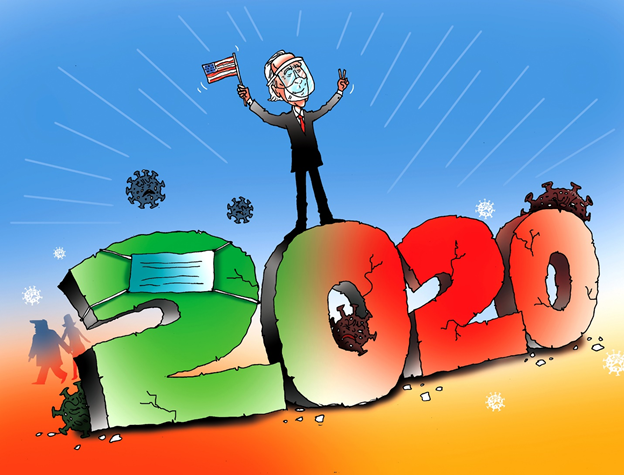 Biden has outlined a seven-point plan to tackle the pandemic that includes doubling the number of drive-in testing centres, boosting the PPE and other equipment production, and ensuring vaccine access to every American free of cost, once it is available.

Must read: COVID-19 Cases Resurge in US and UK, Vaccine Trials Back on Track

Sources reveal that he is yet to start working through possible nominees in depth. Joe Biden, for the time being, is expected to be more active on hiring his White House staff. There are speculations that the position of the counsellor to the President will more likely be taken by Transition co-chair Ted Kaufman, who is Biden's long-time Senate chief of staff.

US president-elect Joe Biden has picked long-time adviser Ron Klain for the position of his chief of staff and assistant to the president. Mr Klain was chief of staff for Mr Biden during the first term of former US president Barack Obama. He was also a key adviser during Biden's 2020 election campaign. They have worked together for over three decades.

Meanwhile, his team has set up a website, BuildBackBetter.com to unveil his administration's priorities.

Time to Deliver on Promises

His work plan will also hinge on his intention to abide by his promise to reverse many of the executive actions taken during the Trump regime that include reinstalling the US into Paris Agreement on Climate Change. Another step could be re-joining the WHO, which he had promised to join on the very first day of joining office.

The year 2020 has been challenging for the US. COVID-19 proved to be one of the worst crises in the history of the country. The key issues during the campaign remained economy, public health and inequality. The nation has high expectations from Mr Biden, and people of the country are expecting real changes to uplift the country out of troubled times.