Will this Christmas bring back the season of joy for Australia?

A month ago, Philip Lowe, Governor of the Reserve Bank of Australia, expressed that there would be steep dips in the economy for the quarter ended 30 September 2021. Still, economic activity was anticipated to rebound in the Christmas quarter and to continue into the following year.

Since the COVID-19 virus hit economies in early 2020, there was a massive turmoil, devastating economies across the globe. However, Australia managed things rather well and was roaring back towards economic recovery when the Delta variant started wreaking havoc and once again pushed the nation to lockdowns.

Undoubtedly, economic activity was badly hit due to COVID-19 and the country was threatened by the risk of recession. Thankfully, the ABS release on 1 September, indicating a 0.7% quarterly growth for the second quarter, came as a sigh of relief as the country had possibly averted technical recession. Governor Lowe mentioned that the GDP growth should only return to its pre-Delta trajectory in the second half of next year.

As per the Organisation for Economic and Cooperation and Development (OECD), the Australian economy would see a 4% growth this year. This estimate is 1.1% lesser than the projections in May, indicating one of the most significant downgrades for any country between two prediction periods. At the heart of this problem are NSW and Victoria lockdowns.

Christmas vibes in the economy

The Christmas season could be the season of joy for the economy.

From November, the Government plans to allow Australians to travel abroad and complete a 7-day home quarantine on return. Scott Morrison had said that he wanted all internal and international borders to be reopened once 80% vaccination had been achieved for people aged over 16, by the end of next month.

Australia has also expanded the recognised vaccine list so that more Australians can return and for supporting the reopening of borders. Chinese students, who were one-third of the sector before the start of the pandemic, can possibly return if they have received the Sinovac vaccine.

Scott Morrison has also expressed that as more and more people returned to work, with ease in restrictions throughout Australia, the economy should bounce back strongly. However, another critical factor will be vaccinations, without which no optimistic forecast will ever hold good. 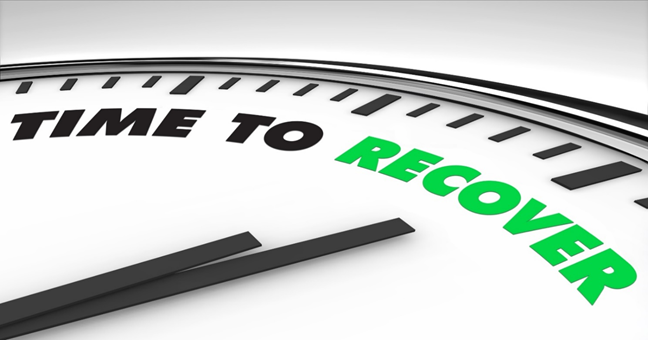 Data shows that there has been a 55% annual surge in short-term jobs being advertised. The Australian Retailer's Association too has projected optimistically about spending around Christmas.

In response to the anticipated demand surge, there is a hiring spree among supermarket giants. The hiring spree would further escalate when nearing the festive season. August registered a 20% jump in online sales and companies are now stocking up inventory and getting warehouses ready so that there are no shortages.

Related Read: Impacts of vaccination on businesses in Australia

Optimism in revised outlook by Fitch

Another silver lining was seen when Fitch Ratings revised Australia's Long-Term Foreign Currency Issuer Default Rating (IDR) from negative to stable at 'AAA.' This is indicative of increased confidence in the country's fiscal consolidation path clubbed with the stabilising public debt ratio in the medium term.

Could the Evergrande crisis be a roadblock?

Stock markets across the globe are feeling the tremors of the quaking Chinese economy. Australia has a reason for worry because, by volume, 80% of the country's iron ore exports go to China. The Chinese real estate sector is already feeling the heat after the Evergrande trouble.

In addition, the goal of carbon neutrality shall further contribute to difficulties for Australia because steel is a significant contributor to pollution in China. Both the problems in China would reduce crude steel output in the current year.

The pre-Delta variant recovery and the bounce back gives hope that once a significant part of the population is vaccinated, the recovery is sure and will be speedy. However, a lot needs to be on the supportive policy front as it would offer flexibility in response to changing scenarios at any time.  Also, premature or ambiguous withdrawals of policy support too would not be a good idea until the picture is clearer.