The Office for National Statistics (ONS) on Tuesday, 22 March, reported that the UK unemployment rate fell to 5 per cent, or 1.7 million people, for the three months ended in January, lower than December’s jobless rate of 5.1 per cent. The January figure beats estimates, which predicted the jobless rate to increase to 5.2 per cent.

Economists believed that due to the continued support of the government’s furlough and other support schemes, and the gradual reopening of the economy, the jobs market in the country is showing signs of recovery. The February’s company payrolls figure rose to 68,000 number of workers, according to ONS data, for the third month in a row.

Also Watch: How British equities performed after an increase in the unemployment rate to 5.1%? | UK Market Update

Despite some green shoots in the jobs market, the unemployment rate is still 1.1 per cent over the pre-covid levels and is at a five-year high.

Moreover, payroll figures were reported to have dropped by 693,000 since the start of the pandemic. Young workers, below the age of 25, accounted for 60 per cent of the total since February 2020.

Furthermore, the hospitality sector accounted for over 50 per cent of the fall in payrolls data, while London was the city which saw the maximum number of job losses.

Experts said that while the furlough scheme had helped stem the job losses faced by workers, unemployment was likely to continue an upward slope due to businesses still struggling with cash flow challenges. 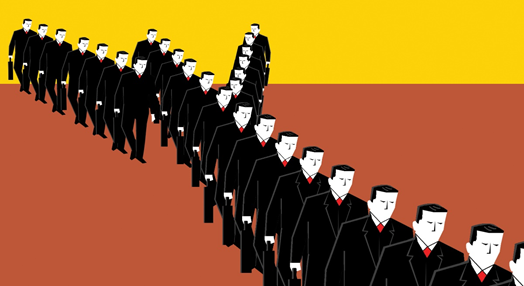 The numbers for out-of-work people have steadily risen since the pandemic started in 2020 and increased further around May 2020 amid lockdowns.

According to the ONS data, while short-term unemployment has witnessed some recovery, the long-term jobless rate has risen to over 300,000 people. Long-term unemployment includes people who have been out of work for 12 months or more.

Moreover, jobless rates for those out of work for 6 months or more has also seen an increase. The rise was due to people not searching for jobs when the pandemic was still in the early stages, thus being classified as economically inactive. As those workers now join the active job seekers group, thus falling into the long-term category.

According to the Office for Budget Responsibility forecasts, the unemployment rate is expected to touch up to 6.5 per cent by the end of this year, as the furlough schemes will come to an end. The furlough scheme was extended to September of this year by Chancellor Rishi Sunak during his budget announcement earlier this month.

According to the latest data from ONS, the claimant count rose by 3.3 per cent to 2.7 million people. Claimant count is a measure that includes people claiming work-related benefits, it is also inclusive of furlough payments.