The United Kingdom (UK) broke off from the European Union completely on January 1, 2021. In the transition period between declaring breakaway from Brexit and actually exiting, there were months of arduous negotiations and certain conclusions were reached that have left New Zealand in a better situation than many countries, Vis-à-vis both the EU and the UK. But there are a lot of glitches that the New Zealand exporters of meat dairy and horticulture (primary industries) would have to face.

So where does New Zealand stand after Brexit?

Some observers feel that Brexit may not influence the New Zealand adversely.  Even the UK Prime Minister Boris Johnson had said earlier in the year that New Zealand would be at the forefront as a trading partner. Commonwealth countries will play an important role in trade relations.

The Brexit deal signed between the EU and the UK on December 24, 2020, was no doubt a great relief for NZ exporters. In 2021, New Zealand also plans to sign comprehensive free trade pacts and negotiations for the same are going on.

There are both negatives and positives for New Zealand in the deal.  It's better that deal was signed between the EU and the UK.  Some experts feel that the lack of a deal would have caused chaos at the borders and disruption of exports.

However, despite these assurances and promises, there are many problems that the industry will have to overcome. 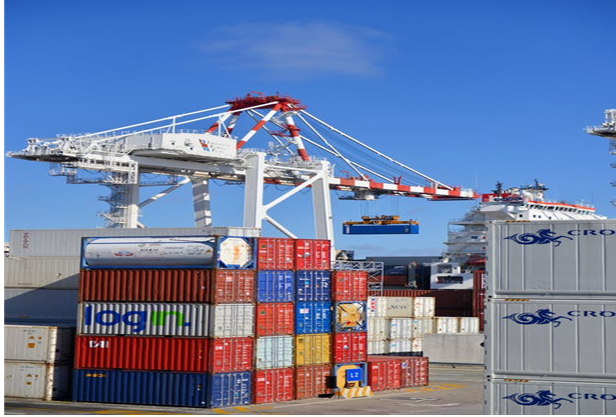 Problems with regard to Trade-Related Quotas

The UK and the EU are supposed to honour Trade Rate Quotas (TRQs). These provide access to important exports from New Zealand. The products that are included -- meat, dairy and horticulture -- fall in primary industry space. However, after the exit of the UK from the EU, the tariff quotas were supposed to be split and these will be harmful to New Zealand’s primary industry.

For instance, chief executive of New Zealand's Meat Industry Association, had said that impact of separation of quotas after the Brexit will show negatively on the quality as well as quantity of New Zealand’s  access into the  EU and the UK markets.

But both the EU and the UK have initiated the process with WTO to split these tarrif rate quotas.

It may be noted that the EU’s and the UK’s World Trade Organisation (WTO) obligations of  1995 included tariff rated quotas that  give access to critical New Zealand exports, such as meat, dairy, and horticultural products.

The trade talks were on between the EU and the UK, and the last discussion got underway on December 24,2020, but a decision on spitting the tariff-related quotas was not taken.

A trade agreement between the EU and the UK may mitigate some of the effects of the proposed TRQ splitting. But this will depend on the terms of the agreement and if it is successfully negotiated going forward.

The UK is an autonomous trading nation. Primary industry products sent from New Zealand to Great Britain will need to comply with new requirements of the UK rather than the EU.

But Northern Ireland will remain aligned with the EU rules and import systems, and the EU export requirements will continue to apply to primary industry products. The products will have to be sent directly from NZ to Northern Ireland.

Ministry of MPI said that it was working towards minimising the impact of Brexit on businesses through talks with decisionmakers in the EU and the UK. Some free-trade agreements have been finalized, but they are not in force as yet, as some of them are yet to be negotiated and some are already in force.

The ones that have been initiated with the UK were supposed to come up for talks this month.

As of now, the proposed tariffs from the UK from 2021 on some of NZ key exports are very high and there is a restricted quota access for meat and dairy exports.

Some of these tariffs include: 16% on honey, 20% on seafood products, and 8% on onions and kiwi fruit and even apples, at certain times of the year.

Some bilateral pacts signed between NZ and the UK

Some agreements such as Sanitary Measures Applicable to Trade in Live Animals and Animal Products (the Veterinary Pact), the Mutual Recognition Agreement, and Customs agreement have already been signed with the UK.

Exporters also face internal problems due to COVID-19. The pandemic has unsettled many shipping schedules. The refrigerated containers are also in short supply, hitting the exporters of fresh produce. In any given year, close to 4000,000 tonnes of New Zealand goods are shipped overseas. However, dearth of shipping containers is becoming a problem for those.

The trade minister, Damien O’Connor said that the government was aware of the international challenge and was working with agencies all over the world to ensure that it was cleared. Getting goods across is a challenge, which is being felt by all exporters, but the bigger players in meat and dairy industries are able to cope with it, but the smaller players and exporters who need to reach in time are facing a bigger problem.