Unemployment rate slips to 6.8% in August, Beacon of Hope on Economic Charter?

As a part of any global crisis, most national economies need to go through a tough period. That usually means people losing jobs and the loss of GDP, which ultimately leads to the state of recession.

Find out more: What is recession?

Compared to most other world nations, Australia’s unemployment rate has been doing a lot better for a very long time.

Before the pandemic started, other countries with a constant low unemployment rate like the USA and the UK had 3.6% and 3.9%, while Australia had 5.3% of the unemployed people in January 2020.

What is the current situation in Australia?

The current Australian unemployment rate is 6.8%, as per the latest Australian Bureau of Statistics report.

The last statistics report was published on 17 September, and the unemployment rate experience a positive drop from the previous report -7.5% in July and 7.4% in June. The market consensus predicted a rate of 7.8%.

Do read: ABS: Unemployment rise to 7.4% in June 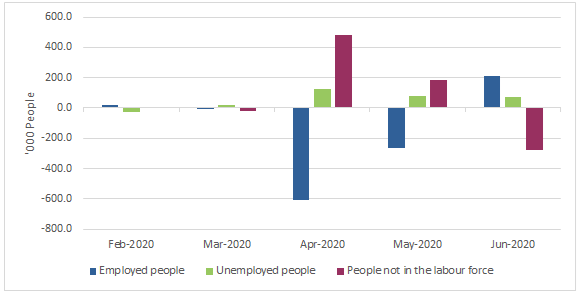 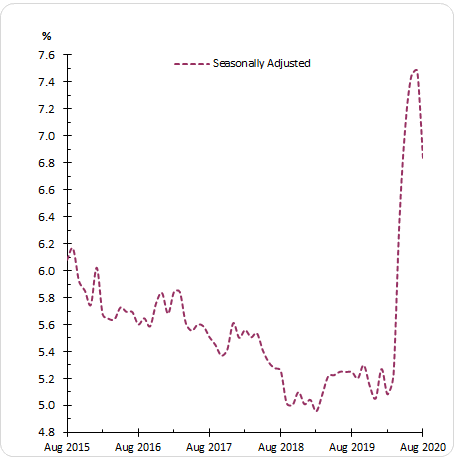 Even though the statistics do not look nearly positive, Australia produced almost 115,000 jobs for the unemployed in July. However, some people are still struggling to find a job within their profession, but many gave up on being picky and chose to do anything that was available.

Every new job has a high demand, but the supply is not as great. The number of applications for each job has rose to unbelievable numbers. A good example of that would be when Zara store in Sydney CBD posted an opportunity for the expression of interest within casual roles, more than 7,000 people applied via Seek, an employment marketplace.

Must watch: Increased Unemployment, and decline in Property prices in Australia? | Market Update

What is the real situation?

Some economists argue that the real situation is a lot worse than the official statistics posted by the ABS. The statistic reports do not count every individual who lost their job and are unemployed now. In that case, the real number would be 9.1%, which has still increased since May when it was 11.6%, according to that approach.

Another thing that makes the statistics look better in theory is the JobKeeper supplement. JobKeeper provides payments for the people who are technically still in jobs, but most of them do not work any business hours.

In reality, 165,000 people would also go towards the negative statistic – being unemployed. ABS valued an extra 0.8% of the unemployed if the JobKeeper subsidy did not exist.

Also read:  All you need to know about JobKeeper Payment scheme

All things considered, some experts argue that the real unemployment rate was more, around 10% of Australians, rather than 7.5%, as was mentioned for July by ABS.

Is there any good news?

The good news is that many people are still looking for work. Even though the Australian Government was afraid of people getting lazy because of the wage subsidies, the onlooker numbers seem positive.

Did You Read? Is Australia ready for the JobSeeker cord being pulled?

According to the economists, a part of the economic recovery includes high participation and competition for labour. The participation rate increased from 64.1 to 64.7% (a 0.6% increase) in July 2020.

The usual participation numbers vary between 66% and 67% so the current rate has almost stabilised. By introducing JobSeeker, people have been encouraged to seek for jobs by being provided something in return, which ultimately led to higher participation levels.

Another good news in these unprecedent times are more working hours, 1.3% more to be precise. By working more hours, the already high underemployment rates decreased to 11.2%. Summa summarum, 18.7% Australians over 15 either cannot find work or do not have the opportunity to do the desired working hours.

Even after the second lockdown in Victoria, the unemployment rate that was published by the ABS shows that more people got enrolled in the labour force.

Queensland took the throne in the biggest seasonal unemployment level in July, being the only state with New South Wales that experienced a rise in jobless people.

Most predictions that experts stated over the latest couple of months turned out to be untrue, remaining positive and so far, going up for the best. More people seem to be getting into jobs as JobKeeper and JobSeeker will be reducing their payments as of 25 September, so it is assumed that the people have been more motivated due to the recent news.

However, as long as Australia maintains the current pace, the situation will keep getting better than everyone expected.