As UK’s vaccination drive picked up the pace, its business confidence soared to a seven-year high in May, according to a report on the latest Business Trends by BDO, a business advisory and accountancy firm.

Industry in Britain had been pessimistic about business prospects since 2014, much before the Brexit related uncertainties started pulling the economy down. However, according to BDO’s latest report, easing of restrictions under the roadmap for exiting lockdown in the UK has played a part in upping sentiments.

BDO’s Optimism Index soared to 109.71 in May from 99.85 a month ago, much higher than the average of 100. This was the highest level attained since June 2014 when Europe was coming out of the Eurozone crisis, and Brexit-related uncertainties were yet to hit the economy.

May’s jump in confidence was majorly induced by the services sector. As restrictions eased gradually, the hospitality and leisure sector opened up partially. However, the threat posed by the Delta variant of the virus has now upset plans of the 21 June’s complete reopening of the economy.

Kaley Crossthwaite, partner BDO, said that the report reflected the industry’s faith in government’s exit roadmap. Crossthwaite further said that though this was a positive reflection, rising price levels pose immediate challenges to the economy. 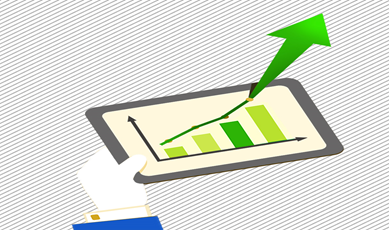 The report was a reflection of the degree of confidence in UK’s service sector, and a number of stakeholders believed that this would encourage the government to stick to its exit roadmaps, despite the concerns around the Delta variant.

Not just the BDO data but pick up in the services sector was reflected in IHS Market’s monthly Purchasing Manager’s Index. According to the index, UK’s services sector in May marked its strongest recovery since 1997. It grew 62.9 in May compared to 61.0 a month ago.

The rise in BDO index was the fourth consecutive growth month. The services sector reached a whopping 110.56 in May, an increase of 10.70 points. The index included the hospitality sector, cinemas, and restaurants which gained the maximum from eased restrictions. After lockdown norms for over a year, last month, people were able to dine indoors and meet friends and family for the first time.

However, concerns relating to the Delta variant has resulted in ministers reportedly planning to keep on hold plans of the final phase of easing by two weeks. Nightclub closure norms, restrictions on large events, and legal norms on social contact are all planned to be withdrawn on 21 June.

According to the government’s latest data, about 39.7 million people have been vaccinated with the first dose, and 26.4 million have received their second. However, there are widespread concerns that the virulent nature of the Delta variant could overwhelm hospitals, and there is still no data on the efficiency of vaccines against the new variant.

A delay of two weeks could help the government to accelerate the second dose of vaccination for the 40+ population by bringing down the gap in doses to eight weeks from 12 weeks. Prime Minister Boris Johnson said that there was nothing presently in data to suggest a full reopening of the economy as planned for 21 June was not possible, but it is important to maintain caution.