A new survey has revealed that mid-size businesses plan to hire more employees and invest in their expansion plans in the coming months. Accountancy and advisory firm BDO interviewed 500 medium-sized business leaders across Britain for the survey. As the businesses prepare to reopen with easing of lockdown restrictions across the nation, 86 per cent of the respondents were looking at recruiting more staff in the next six months. In fact, 54 per cent of businesses surveyed were planning to hire permanent staff. Nearly three-quarters of businesses based out of Humber, Yorkshire and Central South said that they will be adding permanent staff. Most respondents felt that they had enough government support for the year ahead.

Ed Dwan, Partner at BDO, said that mid-sized firms were the engine of economic growth. Given their resilience, these firms have often proved to be robust despite uncertain economic conditions, he added. 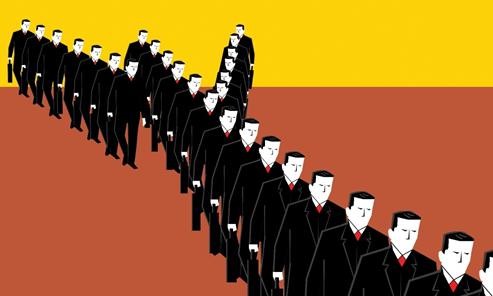 The survey also highlighted that the business hiring got a major fillip by the UK Government’s £3,000 apprenticeship grant. Around 36 per cent of the businesses surveyed said that they would recruit apprentices as a direct result of this incentive.

While the results revealed that the government support has been vital for the mid-market segment of the economy, further support on containing supply chain disruptions and improving the access to finance would be important for business growth going forward, said Dwan.

On the investment front, 75 per cent of mid-size businesses stated that the year is the time to invest in business expansion. Moreover, over one-fourth (26 per cent) respondents were planning to invest in mergers and acquisitions or across new locations.

Close to half (47 per cent) of the businesses said that they were planning new investments after the announcement of the super deduction initiative. The incentive allows businesses to reduce their tax bill by up to 25pence of every £1 invested.

Around three-quarter of the respondents expected their business revenues to return to pre-pandemic levels within the span of a year after the strictest restrictions were lifted in the UK.

Mid-sized firms can play a big role in speeding up the economic recovery. For instance, the Confederation of British Industries) had estimated in 2015 that growth of merely 3000 mid-sized firms from 2010 to 2013 was enough to drive the UK economy out of the recessionary times after the financial crisis.