In a speech at the Conservative Party’s virtual conference on 6 October 2020, Prime Minister Boris Johnson is all set to take a pledge to power every home in the UK with the offshore wind within a decade. The government will also be unveiling its plan to create hundreds of thousands of jobs by investing in a future of wind power turbines and making the coronavirus pandemic a catalyst for green growth.

The government will be reiterating its target to raise the capacity of offshore wind power from 30GW to 40GW by 2030. All the electric appliances will get power from the breezes that blow around the islands. An investment of £160 million in the manufacture of next-generation wind turbines and the upgrade of ports and infrastructure will also be promised by the Prime Minister.

The floating turbines will be able to deliver 1 GW of wind power, which is 15 time than the floating ability in the remaining part of the world combined by 2030. With thus plan, nearly 2,000 construction jobs could be created initially which can go up to about 60,000 jobs in supply chains, manufacturing sites and ports by 2030.

Boris Johnson will also be comparing the UK’s resources in offshore wind with the oil wealth of Saudi Arabia. Johnson will be pledging to make Britain the global leader in the affordable clean power generation which will be reasonably inexpensive than gas and coal. Wind energy would not damage the environment as it is without the carbon emissions. Earlier, the government had come up with plans for an ecological recovery that would put the UK on track to meet its goal of net-zero carbon emissions by 2050.

The government will be increasing the capacity of offshore wind that is already the biggest in the world by upgrading infrastructure in places like Teeside and Humber and Scotland and Wales and will be harvesting the gusts in far out in the deepest waters.

However, there is still no mention of onshore wind, which is the cheapest form of wind power. It has been subject to stringent planning guidelines instituted by David Cameron.

The UK has been the leading offshore wind power-generating country in the world since 2008. Offshore wind farms can generate more power than onshore farms because of the increased wind intensity and consistency at sea. Still, they are very costly to install.

Earlier, farmers used to grind their grains and pump water with the help of windmills. But today, turbines are used to generate electricity from wind. The use of a wind turbine has increased by more than 25 per cent per year over the past decade.

People have now realised the advantages of renewable energy sources. With the industry booming and technology advancing, the cost of building turbines is becoming comparatively cheaper. Some governments have also been offering tax incentives to encourage continued development in the sector.

Following are the five reasons why wind energy is a wonderful source of renewable energy: 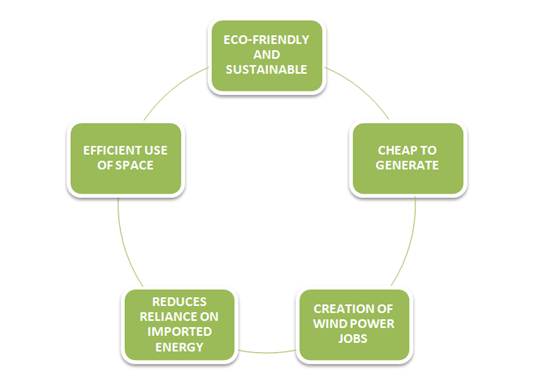 Continuous investment in wind power has been going on in the UK. The ambitious project of ‘Hornsea Project One’ is set to be the world’s largest offshore wind farm, whose completion was due in 2020. Hornsea Project One is located 75 miles off the Yorkshire coast and will supposedly be able to supply wind-powered energy to over 1 million homes.

This is one of the UK’s planned wind energy infrastructure improvements, but experts believe Britons are serious about increasing wind power generation in the coming years. This is a great sign for the environment and increasing access to green energy to consumers. This investment will also help create new jobs in the renewable sector.

With the above development in the market, let us have a look at how it will have an impact on the energy stocks:

Based in the United Kingdom, Good Energy Group PLC is a holding and management company. The Group is involved in activities such as the purchase, generation and sale of electricity from renewable sources; the sale of gas; services relating to the micro-renewable generation, and the development of new electricity generation sites.

In the half-yearly results for the period ending 30 June 2020, the Group’s performance was in line with the expectation of the management. The revenue of the company increased by 6.2 percent to £67.5 million due to the growth in Business supply and FIT customers. The cash position of the company stood at £18.2 million (2019: £13.7 million).

EQTEC PLC, which was established in 2008, is a clean energy developer. The firm identifies develops and operates power plants in Britain and Ireland using clean energy tools.