The Egypt’s Suez Canal blockade flared up the British wholesale gas prices, although the within day contract was down due to an over-supply in the market. Other contracts surged, reflecting apprehensions over shipment delays in LNG due to the blockage.

According to a Reuters report, April and May prices were influenced by the apprehensions of delay in LNG shipments due to the blockade. Experts said that the full impact of the blockade on the market depends on how long it continues.

On Tuesday, Suez Canal Authority temporarily suspended movement through the shipping lane after a massive vessel chocked traffic in both directions. The ship that clogged the canal has now been moved away, but the normal operations may resume by Sunday or Monday till the tide reached its peak. The authorities said due to a lack of visibility due to bad weather and sand storm; the container ship lost its control. 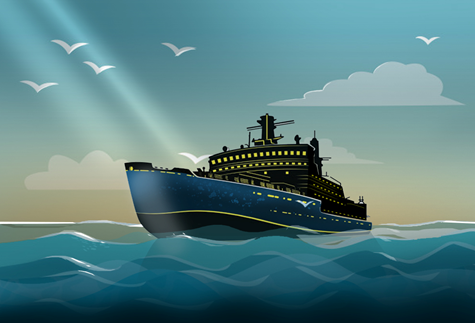 Not only LNG prices, but there are apprehensions that the blockage by one of the world’s largest container ships could lead to delays in shipments globally, affecting trade. The container has reportedly blocked the passage at a ninety-degree angle, holding up traffic.

One of the largest ships, the vessel can hold more than 20,100 steel containers. The canal is a strategic location as it connects the Red Sea with the Mediterranean Sea, and 12 per cent of trade goes past the canal, as it is the shortest link between Europe and Asia.

Also read: Is there a turnaround for NZ Cruise and Shipping Industry in 2021?

Some have estimated that the blockage may cost roughly $400 million per hour. The traffic towards the east costs $4.5 billion each day, while westward traffic is about $5.1 billion. On Wednesday, 165-185 vessels were waiting to cross the passage as per the estimates.

According to experts, everything from clothes, food, furniture, exercise equipment, shoes, carpets, electronics, and car parts could face delays if the blockade is not restored immediately. It is also one of the most important passageways for refined products and crude, which are now having to take alternate routes.

The vessel, named Ever Given, is run by the shipping firm Evergreen, and is registered in Panama. It was on its way to Rotterdam in the Netherlands, after leaving from China and passing through the Mediterranean. The vessel run aground after being hit by a strong wind, which deviated its hull.

Experts tracking ships said that hundreds of ships have been caught up in a holding pattern. They have also warned that if the logjam continued for a week or more, it could delay shipments by 10 extra days.

The blockage is another blow to an overburdened shipping system which has already been disrupted by the pandemic, experts said.