Retail sales data is a gauge of consumer confidence and the overall robustness of the economy. The past two years are a testament to the fact that the retail sector was one of the first sectors to get affected by pandemic-related disruptions.

Which Two ASX Retail Shares Are Down Over 24% YTD?

Despite such disruptions and supply-side constraints, the Australian economy has been on an expansionary path and has seen a remarkable rebound over the last few months. Consumer confidence is also seeping back into the economy, with signs of revival visible across different economic indicators. The recovery in consumer spending can be attributed to easing fears related to the Omicron outbreak.

The Australian Bureau of Statistics (ABS) has recently released the retail sales data for February 2022, which shows economic recovery is underway. Let us take a look at key highlights from the retail data:

According to the ABS data, retail turnover rose 1.8% month-on-month in February 2022 in seasonally adjusted terms. Over one year, retail sales surged 9.1%, reaching their second-highest level on record after November 2021.

The notable rise in February came after a 1.6% rise in January 2022, which was preceded by a massive fall of 4.1% in December 2021. However, November 2021 was a significant month for retail sales, which rose 7.1% monthly to reach the highest value on record.

ALSO READ: When was the last housing market crash in Australia?

As Omicron-related uncertainty reduced, consumers were able to move out of their houses. Australians became less cautious and opted to break free from self-imposed restrictions that were widely seen in January. The increased mobility further helped businesses recover from the minimal slowdown seen in January when Omicron-related fears gripped the economy. 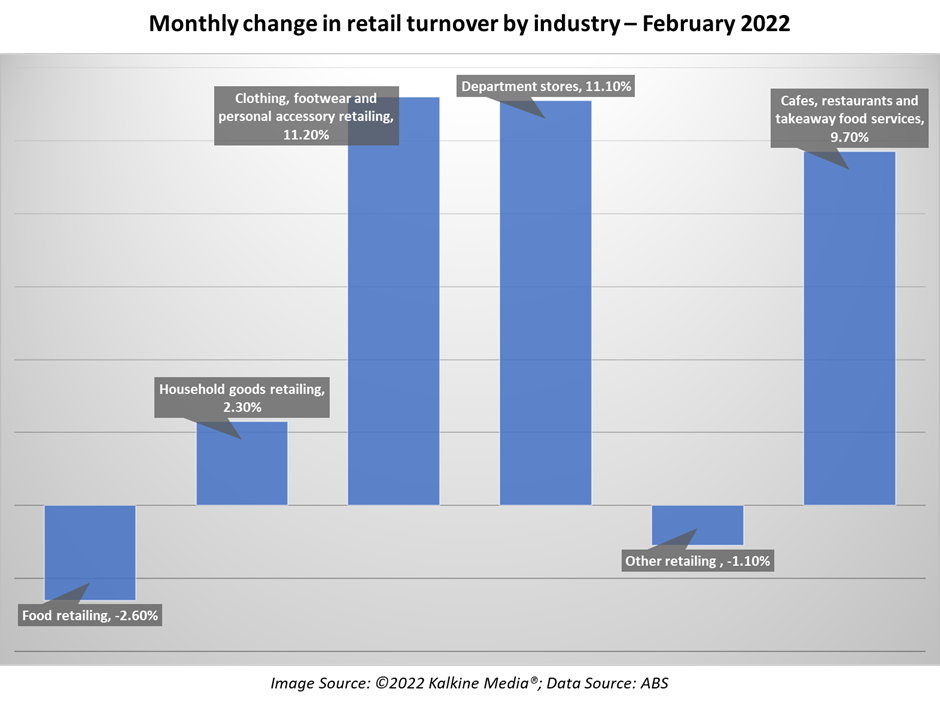 More people decided to dine out and headed to outdoor places as restrictions eased. Thus, a massive uptick of 9.7% in retail sales was seen across cafes, restaurants and takeaways compared to other retailing industries. The sector benefitted from the return of staff and removal of restrictions which reduced businesses closures. In fact, the sector reached its peak in February at about AU$4,465 million.

Alternatively, non-discretionary spending suffered, as the food retailing segment saw a contraction of 2.6% in February, reflecting the largest industry fall. The industry went downhill from its heydays seen during the Omicron peak. 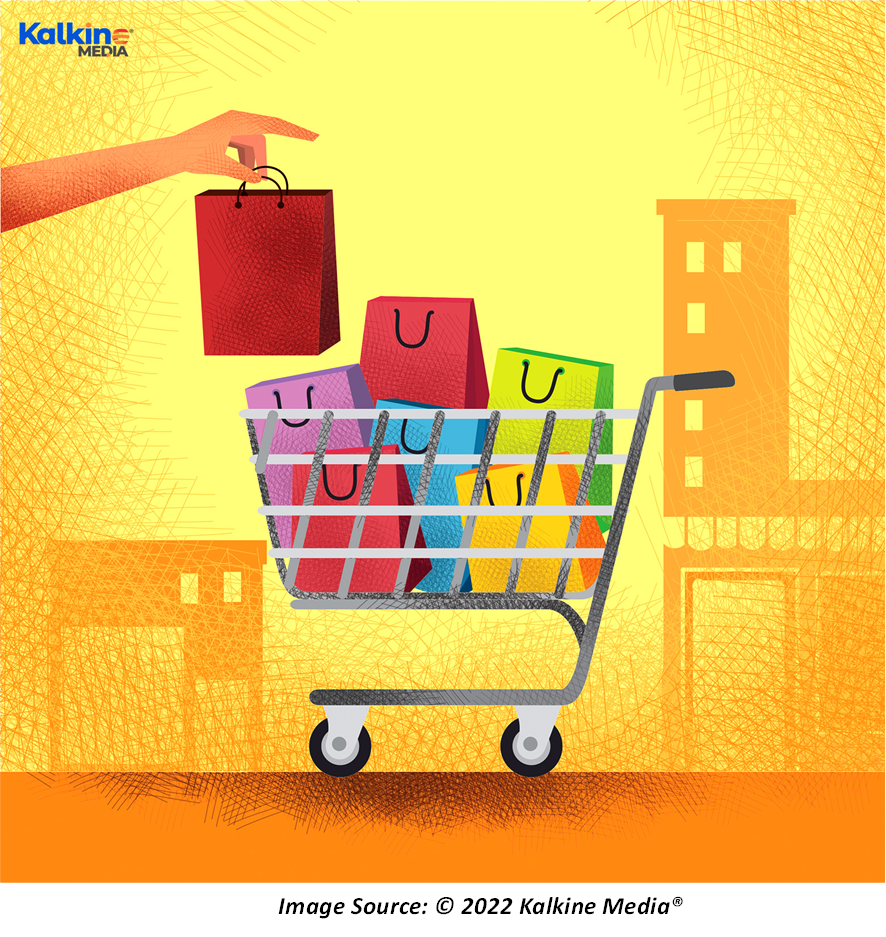 Alternatively, retail sales were down 2.9% across Western Australia, largely due to floods in late January. The state’s rail supply chain coming from South Australia suffered after the disaster struck. A larger fall was visible across the Northern Territory, where retail sales fell 3.8% during the month.