The NZ government has taken several measures to curb the unsustainable rise in house prices. House prices in NZ have risen by over 20% and are about 25% in Auckland since the COVID-19 pandemic started.

New Zealand is now rated as one of the most expensive housing markets in relation to income in the OECD.

In March, the NZ government announced several measures for the property market, which included the extension of the bright-line test. Capital gains in NZ have gone untaxed on housing previously, but now the government has made a rule that any person who sells a house within 10 years has to pay a tax on the capital gains.

Further, the government has also removed the tax deductibility on mortgage interest costs for property investors against their rental income. 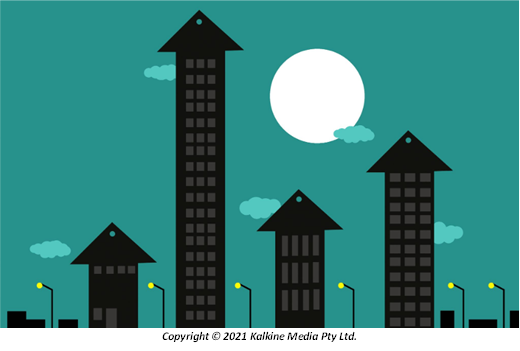 ASB Chief Economist Nick Tuffley expects that house prices in NZ will be almost flat through the middle half of 2021, implying annual growth of about 9-10% in 2021. After the housing changes announced by the government, the bank expects the housing market to cool down sharply over the next 6 months, rather than the gradual moderation formerly anticipated.

More Kiwis to shift to Australia?

The new risk that is coming from the escalating house prices is Kiwis can begin to leave the country for more affordable houses elsewhere Market analysts are predicting that more young New Zealanders will look for less expensive houses and better standard of living in Australia.

Sharon Zollner, ANZ Chief Economist, stated that record low interest rates, housing supply concerns, and suspension of loan to value ratio amid COVID-19, has made people borrow even when they have lower deposits.

With the opening of the trans-Tasman bubble, Kiwis have one more option of going to Australia. Though house prices in Sydney and Melbourne are both exorbitant, the cities offer a wider range of apartments, while other cities have lower house prices.

Economist Cameron Bagrie of Bagrie Economics stated that any person shifting from Auckland to Sydney or Melbourne was not likely to see much improvement in savings of his expenses. However, it would be a different story if they move to cities like Brisbane or Gold Coast.

He believed that as the borders were reopened, there would be some outflow of Kiwis, and that Australia would be a more common destination for people looking to stay close to home in New Zealand.