3 Main Areas Of Discord In The Brexit Trade Negotiations

Recently Michel Barnier, Head (Task Force for Relations with the United Kingdom), European Commission has expressed dissatisfaction over lack of adjustment from the British government over finalizing the Brexit trade deal between the UK and the EU (European Union).

He had also emphasized that the end of October 2020 was the final deadline to conclude a mutually beneficial agreement.

The UK left the European Union on 31 January 2020 to enter a transition period that lasts only till 31 December 2020, providing an eleven- month time-frame for both sides to negotiate a trade agreement. 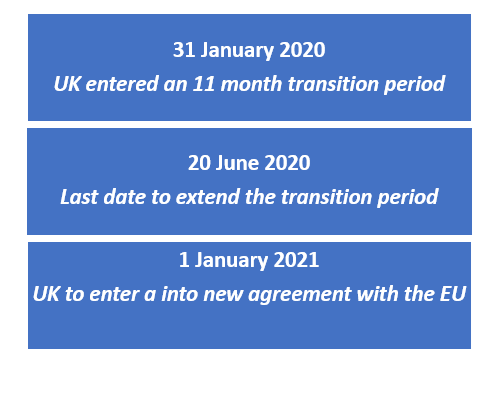 Till the time the transition period is going on, both the sides continue to enjoy some of the benefits of the earlier rules set by the EU block, when Britain was a part of it. During the transition period, Britain is a part of the single European Union market where all the member nations have same rules on product standards as well as access to goods and services. Moreover, member countries do not levy any taxes or duties on each other’s goods and services.

If there is a no deal between the two regions by the end of December 2020, the UK will be trading with the EU based on the existing WTO (World Trade Organisation) rules, which might be detrimental to the interests of the British economy.

Also Read: Are The Prospects Of A No-Deal Brexit Increasing?

Seven rounds of negotiations have already taken place between the two sides till now. The seventh round took place between 18 - 21 August 2020.

If fact, like most trade deals, here also there are broad similarities between what both sides want. For instance, both Britain and the EU want an FTA (free trade agreement) with no tariffs or quotas. Both sides also want to include as many services as possible in the new deal, apart from goods.

An FTA is a cross-border trade deal, typically between two nations, that promotes mutual trade by making it cheaper to do so, mostly by removing trade barriers like tariffs and quota restrictions.

However, there are many differences too. Broadly, the EU wants a comprehensive treaty in the very first go that includes all the important aspects being addressed at one single go. UK, instead wants to address issues one by one, with separate agreements to be arrived at on different areas in a step by step manner.

So, let us now take a closer look at the three main areas of contention between the two sides, which are delaying the finalization of a trade deal.

Both the counterparts insist on having a level playing field for its side of the industries. Now, what exactly does it mean? A level playing field simply means that the rules from each side should be such that they do not lead to any unfair advantages being given to their respective side of businesses.

All the trade agreements usually carry this clause, but in this case, a level playing field is being emphasised on different things by the UK and the EU.

For instance, on the one hand, for EU, a level playing field implies laying equal emphasis to environment regulations, government aid to businesses, and worker rights from both sides.

UK, on the other hand, feels that the whole idea of Brexit was to move away from blindly following common rules, which might be restrictive in nature.

Britain insists on having a complete access to the EU markets for selling its fish. However, the EU in return wants unhindered entry to be given to its boats so that they can fish in the UK waters. The negotiators from the UK are refusing to accept this saying that the country is now an independent coastal territory.

According to the current rules, the EU boats can fish up to six nautical miles of the UK’s coastline.

The governance of future deals and dispute resolution management between the UK and the EU is not just about the broader structure of any deal, but also about their enforcement including the role and involvement of the European Court of Justice (ECJ).

While the EU expects any dispute resolution to be taking place only through the ECJ, however, the UK does not agree to the same. Britain maintains that ECJ jurisdiction cannot rule above the British laws.

The eighth round of talks are scheduled in a week’s time and one hopes that at least some part of the negotiations will fall into place.

Also Read: When Will A Covid-19 Vaccine Be Available In Britain?

To sum up, despite there being differences on both sides, one thing is clear that both Britain and the European Union do want a free trade deal to conclude soon, though tilted in their own favour. While the EU wants a comprehensive all -inclusive arrangement at one go, Britain wants to go step by step, resolving the simpler parts first. The three main areas of disagreement between the two sides are a level-playing field, fishing rights, and dispute resolution.