As we shift towards a cashless economy, use of cryptocurrencies, Bitcoin, Litecoin, Ethereum, Stellar, stable coins and similar other digital assets have been touted as the money of the future. Cryptocurrency is finding increasing acceptance in the Canadian payment ecosystem, fueling demand and piquing curiosity of investors.

Covid-19 pandemic has accelerated fintech adoption, spiked usage of digital payment technologies and virtual currencies. As a result, cryptocurrency trading is also on the rise.

It is a digital currency secured by cryptography to validate transactions and prevent frauds. Different types of cryptocurrency such as bitcoin, utility tokens, stable coins work on decentralized networks based on blockchain technology.

Blockchain technology is a distributed ledger technology that stores transactional records in multiple databases connected via peer-to-peer (P2P) mode. It keeps track of every coin and token issued. The cryptocurrency transactions are encrypted, and hence, often considering ‘invulnerable’.

Cryptocurrency has its own unit and is not tied to any national currency as of now.

Cryptographic token or simply tokens are digital units of value that are recorded in the distributed ledger, an existing blockchain.

Blockchain provides a mechanism for generating tokens, but in limited numbers, which is not more than the number prescribed by its underlying software. When large demand goes unmet by limited supply of crypto tokens, there is a wild fluctuation in the value of crypto assets. This speculative money amplifies the price movements.

It further means that the purchasing power of crypto assets is less stable than other forms of sovereign currency. When the transaction volumes in crypto push the limits, then the costs jump up once again. In a crypto ecosystem there are dozens of products launched through Initial Coin Offerings (ICOs) and investors can purchase a digital token in exchange for cash or other crypto assets.

Bank of Canada does not regulate crypto products. Since these digital currencies travel borderless, they face regulatory hiccups as each country’s regulations governing use of digital/virtual currencies are different.

In Canada, the framework to regulate use of cryptocurrency and other digital assets is still a work in progress. In 2014, Canada’s anti-money laundering legislation was amended by the federal government to include businesses dealing in crypto assets. Tax laws that apply to cryptocurrency is published by the Canada Revenue Agency. 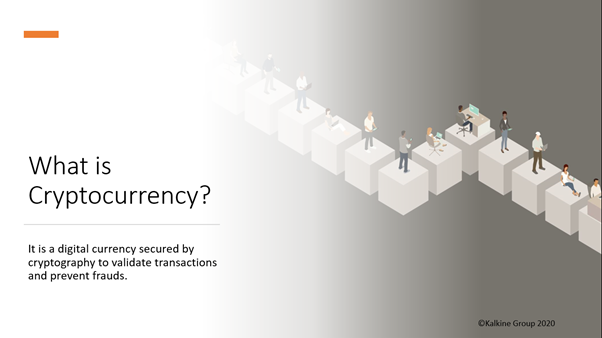 PayPal has forayed into cryptocurrency market in the US. Customers can now trade virtual currencies using their PayPal accounts.

In sync with the growing crypto demand, Wealthsimple Digital Assets Inc (WDA) launched Canada’s first crypto trading platform, which is approved by the federal government, the Canadian Securities Administrators (CSA) and regulators in 13 provinces and territories of Canada. Deposits and withdrawals on the crypto trading platform can only be made in Canadian dollars. The exchange charges no minimum or fees for deposits and withdrawals.

Meanwhile, Bank of Canada has considering on the lines of developing and implementing central bank digital currency (CBDC).

Digital currency usage and implication has long been deliberated by the Canadian central bank. The Bank of Canada though keen on digital currencies, is contemplating the need to develop a CBDC pilot system.

It has however expressed caution on the risks associated with use of a central bank digital currency (CBDC) and is currently studying its workings. This move places Canada as a serious contender in the race towards designing and developing its own CBDC. Many nations are deliberating on the need to develop their own national digital currencies, and China is on the verge of issuing one.

While the Bank of Canada has not committed to issuing its own CBDC yet, the Bank of Canada Governor Tiff Macklem downplayed on the compelling need for one right now. He said, the Central Bank is working with G7 partners on its plans to introduce a digital currency, only after ensuring nation’s readiness for the same.

The Central Bank of Canada is doing more exploratory work to understand the digital currency usage in consultation with other central banks in the UK, Switzerland, Japan, the EU, and Bank of International Settlements. It’s also including key stakeholders in provinces and territories to learn if moving these proofs of concepts to fully executable plans are the need of the hour.

Timothy Lane, Deputy Governor of the Bank of Canada earlier said, “CBDCs will only be launched if Canadians want it.”

Lane firmly believes that, use of cryptocurrency could pose a threat to Canadian monetary sovereignty with privacy and security risks involved.