Of the many opposing forces in nature, perhaps the most prominent is change versus tradition. Sure, there’s night and day, hot and cold, love and hate and life and death.

However, out of all those qualities, none is as political and fought over than change versus tradition. Heck. Even political systems are based around these two opposing forces – there’s the conservatives who believe certain longstanding systems are there for a reason and shouldn’t be tampered with. Then on the other end of the spectrum are progressives, who look at longstanding societal beliefs and practices and believe they should either be updated or completely eradicated to suit modern times.

Given these laws of opposition, it was only a matter of time  before the relatively new phenomenon of cryptocurrency would inevitably find itself in the middle of the tug of war between these two forces.

Is The US Trying To Rub Out Crypto?

One the most prominent figures in the crypto space has expressed his concern over the future vitality of digital currencies in the United States.

Charles Hoskinson, the founder of Cardano and a one of the co-creators of Ethereum, warns that America is determined to kill cryptocurrencies.

Hoskinson, who himself is an American has been very vocal about this concern, telling a conference in South Africa last week that he believes the US government wants to eradicate, or at least marginally disrupt, digital assets because he feels they are threatened by the emerging technology. 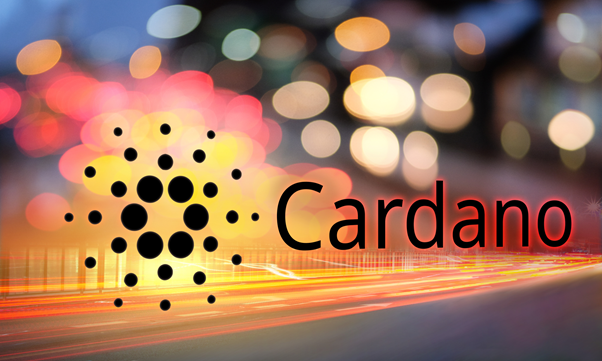 Why Would Crypto Be a Threat

Following a few dark months for the crypto market, which saw many digital currencies lose half the value amidst an epic crash in April, the market has reemerged and is currently doing better than ever and shows no signs of slowing down

In fact, bitcoin just hit its highest point ever reaching a record high of a tad above US$65,000, surpassing its prior value of just below US$64,000 mid-April of this year.

Bitcoins most recent surge likely has something to do with the US Security and Exchange Commission (SEC) agreeing to include bitcoin Exchange traded funds or ETFs which it plans to put into stock exchanges for trading next week.

This is a huge step forward for the world’s  largest cryptocurrency as it will allow investors to dabble in bitcoin on the stock market without exposing itself to the volatility of bitcoin in the less regulated crypto market.

So How Is The US Government Trying to Kill Crypto?

Hoskinson claims that it’s bureaucracy and narrow-mindedness that’s causing resilience to change  on the part of the US government.

Hoskinson emphatically iterated that one of the joys of being American and doing business in America is that it’s unrestricted and it encourages innovation and entrepreneurship.

However he claimed, in recent times, the US has  abandoned these ideals and now instead of free market innovation, any push for change or economic reform or economic creativity is shut down by an increasing bureaucratic system.

The Point of View from the US

While the US government has made no indication of banding cryptocurrency, it has voice to desire to regulate the digital currency space as Currently the market is very much the wild West with little to no regulation. The problem with this it says is that he didn’t courage is criminal activity including money laundering and organised crime.

Moreover, since the booming popularity of the digital currency space there has been a marked increase of scams where people with little knowledge of cryptocurrency have been taken advantage of by cyber criminals.

However the US has made no indication that it will ban crypto currency - as has been the case in China, which throughout 2021 has consistently put its foot down and most recently made its most definitive banning of all things pertaining to cryptocurrency including trading, investment and mining.

Although the US probably does want to regulate the cryptocurrency market, it’s a far cry from banning it all together. The idea that cryptocurrency threatens the existing traditional financial system is hard to make sense of.

We’ve already seen this year that both systems can coexist. El Salvador recently adopted bitcoin as legal tender and although this is a relatively new experiment, their existing currency -the US dollar - still exists alongside it. there’s no reason why this system cannot also exist in other countries including the US. And if the US is all about choice and freedom one would think that such a development would align with the American philosophy.