How is Australia progressing with cryptocurrency regulation?

In order to develop the nation as a technology and financial centre, the Australian Senate Committee is closely evaluating how can cryptocurrencies be regulated in the country. The aim is to bolster the local financial technology sector while promoting financial innovation.

The Australian government has so far majorly taken a non-interventionist approach towards the regulation of cryptocurrencies. This has allowed the digital currency landscape to evolve at a faster pace than its regulatory response. However, a renewed traction of Bitcoin and other cryptocurrencies in recent months has ignited the need for regulatory oversight of the domestic digital assets market. 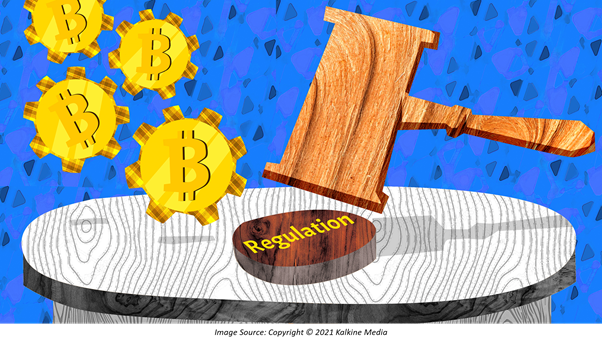 Recently, the former Australian head of Binance, Jeff Yew, called for stringent regulation of crypto trading platforms. Binance is the largest cryptocurrency exchange across the globe. Mr Yew highlighted that much more needs to be done in Australia to prevent ordinary investors from being exploited by dodgy operators.

Must Watch: Are You Being Conned? Here's How To Identify Cryptocurrency Scams

The central bank is exploring the potential use and effects of the wholesale form of CBDC (central bank digital currency) using Ethereum-based DLT (distributed ledger technology). The RBA is working on a proof-of-concept for the issuance of a tokenised form of CBDC that can be used by wholesale markets in their interaction with its exchange settlement accounts.

Notably, the RBA’s approach is quite different from global central banks, which are pondering on creating digital versions of their fiat cash in response to the advent of private digital currencies. However, the use of digital currency in wholesale markets can potentially help the RBA in reducing payment costs and bringing payments into real-time.

Prospects of digital revolution in Australia

Notably, Australia may soon receive a chance to gain exposure in the cryptocurrency space via PayPal. PayPal is looking forward to bringing its digital currency purchasing offering to Aussies as soon as it can. Recently, PayPal has also decided to allow its US users to withdraw cryptocurrency to third party wallets, giving more choice to consumers to make their financial decisions.

The Australian government can closely evaluate the role, scope/limits, and participation for more such potential players in the financial market to boost exposure in the digital currency landscape.

Furthermore, Australia can also consider ‘debunking the practice of de-banking’. De-banking involves dumping of those clients by traditional banks which they feel are competing with them on regulatory grounds. De-banking continues to remain a significant obstacle to additional domestic development of the financial technology sector. Besides, shadow banning entities just because they pose a competitive threat, seems to be an unethical move while promoting the digital revolution.

All in all, Australia seems to be closely following the example of Singapore, which has successfully regulated its digital financial products. Singapore is well-known for being a tough country with respect to laws and regulations, with the legality of cryptocurrencies firmly embedded into several pieces of the country’s legislation.

However, there continues to remain significant gaps in Australian crypto regulation at the moment, which needs to be addressed before the nation sets an international standard for the use of cryptocurrencies.