Like most cryptocurrencies, Bitcoin is quite volatile. The largest crypto in the world has fallen over 50% from its peak of ~US$64,800 after delivering a mammoth gain this year. Before investing in Bitcoin, an investor should ask this question – What makes Bitcoin’s price so volatile? 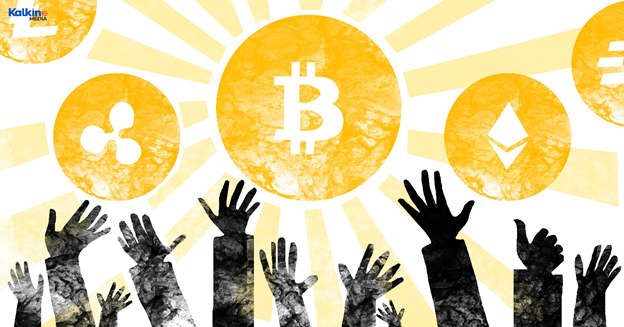 Every asset in the financial markets, be it stocks, bonds, commodities etc., fluctuate in value based on the demand and supply equation. But what makes Bitcoin so unique? On this note, we have compiled a brief list of five factors that play an important role in determining the price of Bitcoin.

Elementary economics has taught us whenever the demand for any particular commodity increases, its price also tends to rise and vice versa. Bitcoin is no different. The reason it has risen exponentially over the last few years despite some sharp corrections is its limited supply.

By program, Bitcoin is designed to be mined to a maximum of 21 million. This is the maximum number of Bitcoins that can ever be in circulation. This phenomenon favours Bitcoin’s price in a positive way.

Just like stocks, investors in Bitcoin also tend to get influenced by any negative or positive development. For example, news of a large investor such as Elon Musk tends to influence the sentiments of other investors, which is eventually reflected in its price.

Therefore, while investing in Bitcoin, investors need to keep a tab on some of the large and famous crypto enthusiasts as their actions are followed quite diligently in the crypto world.

Whenever a country faces political turbulence, people tend to lose confidence in its traditional fiat currency. The currency witnesses selling pressure which leads to a loss of its value. However, Bitcoin as a currency is totally different.

Whenever people lose confidence in the domestic currency, they now have an alternate currency to switch to, Bitcoin, which is not assigned to a single country. Also, it cannot be printed at will just as what central banks do with their fiat currency, therefore loss of value is minimised further. This places more confidence in Bitcoin.

The whole world of Bitcoin is completely new to the governments, and central banks are still trying to get the hang of it. As of now, Bitcoin and other cryptos do not have many regulations around them.

However, every now and then, governments try to control it to curb illegal activities. For example, a few months back, China’s move to stop Bitcoin mining spook the entire crypto market, which eventually led to a massive fall, the peak before which is still out of sight.

The community rules on how Bitcoin should be improved  power consumption, efficiency etc., is hard to implement as, more often than not, a consensus is difficult to achieve. This tends to increase the volatile nature of Bitcoin.

Other developments in the community, such as more energy-efficient ways to mine Bitcoins or cyber-attacks on crypto exchanges also tend to fluctuate prices.

Although Bitcoin is just an asset class like stocks and bonds, the primary reason for its price fluctuation has always been the demand and supply equation. However, factors such as its limited supply, cyber-attacks on crypto exchanges, increase or decrease in Bitcoin holdings of a big firm or renowned investor vastly influence its price.

Therefore, investors should not mistake Bitcoin investing to be similar to investing in traditional assets such as stocks. They must carry out their due diligence before investing.