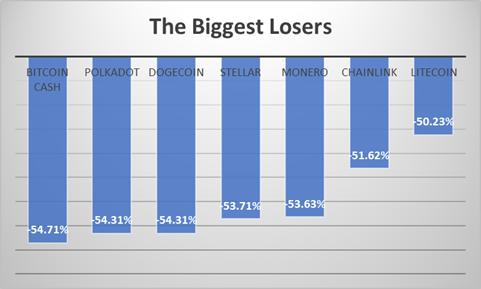 Other than these five, Chainlink and Litecoin lost more than half off their values in today’s crash.