Of late, crypto assets have gained immense popularity among global investors, who are now betting big on the cryptocurrency as a mainstream asset. Initially devised to remove financial intermediaries in peer-to-peer transactions, digital currencies have emerged as a popular investment choice in no time.

Also Read: Cryptocurrency Boom: Blockchain Stocks to Look for In 2021 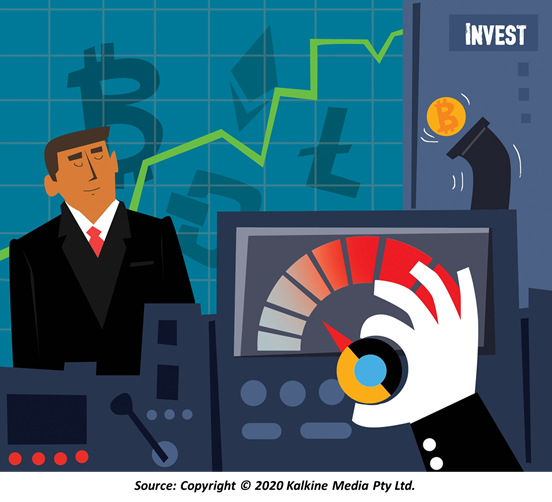 At a time when regulators, investors and businesses are becoming even more interested in the crypto space, Dogecoin is creating a buzz in the market. Despite being developed in 2013, the market cap of this meme coin has skyrocketed this year, thanks to Tesla CEO Elon Musk’s tweets.

Related Read: Ethereum May Hit US$3,000 As Demand-Supply Equation Changes

Evolving from a meme to a widely traded crypto asset, Dogecoin has managed to gain ground in the crypto space in a record time. The price of Dogecoin has surged by over 800 per cent in the last one month following several cryptic tweets from Elon Musk, who has been voicing his support for the most famous altcoin. 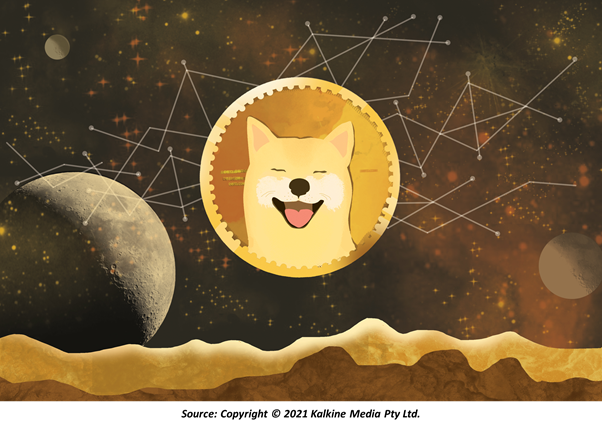 The meme-based digital currency recently encountered a sharp fall ahead of Tesla CEO’s appearance on Saturday Night Live. In the last 24 hours, the price of Dogecoin has slumped by as much as 30 per cent to about 50 US cents. The cryptocurrency declined after touching a record high level of 70 US cents early on Saturday, when it was just 30 cents away from the US 1-dollar mark. The price surged after Musk tweeted a picture of a Shiba Inu with him on the set of the iconic NBC show.

Besides Musk, American rapper Snoop Dogg and singer Gene Simmons had also expressed their support for 'Dogecoin' on social media, propelling the meme currency to new heights in 2021.

Notably, the low value and transaction fees of Dogecoin relative to Bitcoin is drawing significant investors’ interest towards this cryptocurrency. Unlike Bitcoins, whose maximum possible number is fixed at 21 million (a figure that is estimated to be reached in the next two decades), there is no upper limit on Dogecoin numbers and there are already over 100 billion coins in existence.

What do Dogecoin Enthusiasts Need to Know?

Dogecoin is a decent value opportunity; however, exit points need to be clearly defined given the lack of meaningful value in the digital token that may create a bubble-like scenario. Besides, security and scalability issues need to be clearly addressed before placing a trade on the meme-inspired cryptocurrency.

Recently, Elon Musk has also cautioned investors to not invest their life savings into cryptocurrencies, calling it unwise.

Good Read: Bank of England Governor’s Crypto Warning – Be Prepared to Lose All Your Money

While the eye-popping returns in cryptocurrencies make it harder to not consider putting money into crypto assets, one need not neglect the unprecedented volatility risks associated with these digital currencies. It is important for investors to understand the ground rule of trading in cryptocurrencies – You should be prepared to lose all your money!