Bitcoin has been under a bull run with prices hitting new record highs almost every week and in 2021 the prices have already scaled above the USD 40,000 mark and registered a new all-time high of USD 41,100.

The surge in Bitcoin prices is not unprecedented for long-term BTC watchers, as the digital currency has had burst of bristling rally in 2017 before. This time the rally has been on the back of excessive liquidity, geopolitical instability caused by COVID-19 outbreak and healthy institutional participation. 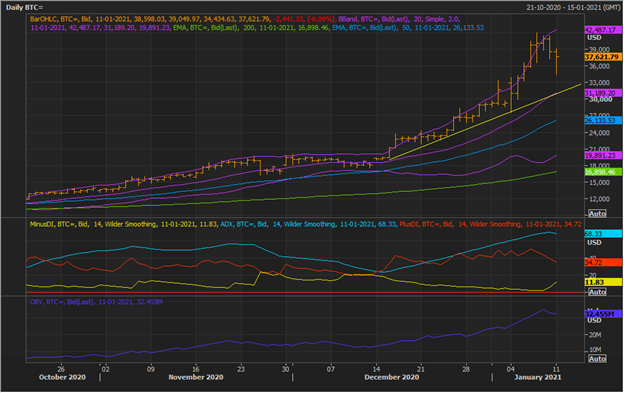 On following the daily chart, it could be seen that the currency is now under consolidation after witnessing a wide bar over increased volatility. At present, the up-trend for the currency is intact, with the prices comfortably above the 50- and 200-day EMAs. 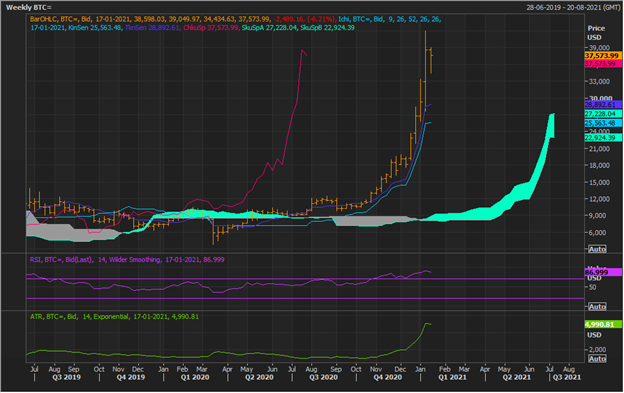 On following the weekly chart, it could be seen that the currency is currently trading above Span A (Ichimoku Kinko Hyo) with a positive crossover between the conversion line and the base line, suggesting that the major trend is an uptrend and strong bullish sentiments are prevailing at the moment.