The apparent market downfall of China's nightmare Evergrande could cause bitcoin price fall, and the crypto must brace for the impact.

Escalating troubles at China Evergrande Group, a beleaguered property giant, has affected the plunge in the cryptocurrency market considerably.

Bitcoin prices plunged on 20th September as well, while other major cryptocurrencies such as Ether, Cardano, and Litecoin were still in the red on 21st September.

Bitcoin is the most widely used cryptocurrency on the planet, and it is also one of the leading cryptocurrency with highest market capitalisation. The maximum number of coins available is 21 million, the most crucial factor in its high value.

The importance of cryptocurrencies in today's world - as decentralised platforms and blockchain-based cryptocurrencies - permit anybody to participate in contract agreements or peer-to-peer financial transactions. Therefore, a trustworthy third-party intermediary like a court, bank, judge, or monetary authority becomes redundant.

Many people have argued if bitcoin is the best safe-haven asset. Consumers understand that bitcoin's price typically falls in tandem with the price of risky assets.

In September 2021, the bitcoin crash occurred merely days after a string of reports demonstrating the currency's durability. For instance, El Salvador now possesses the world's third-largest network of cryptocurrency ATMs, bringing the total number of Central American crypto ATMs to 70%.

However, because it is a decentralised system, it can often be challenging to identify the specific root of a crypto market crash. The price swings are thought to be tied to China's real estate sector, notably the Chinese enterprise Evergrande Group.

With nearly $300 billion in liabilities, Evergrande is the world's most indebted real-estate firm, and markets throughout the world have plummeted in concern that China may permit Evergrande to default on its debts. 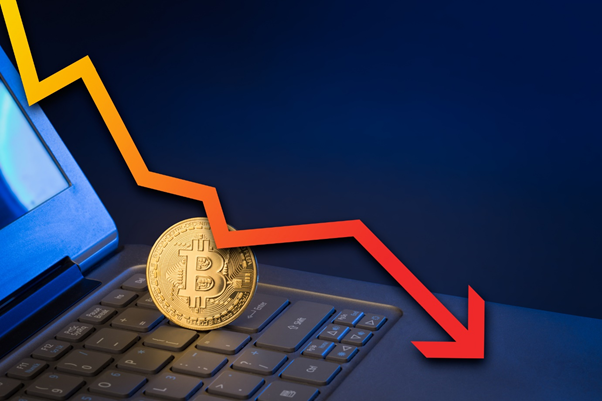 Related Article: Will Australia Ever Adopt Bitcoin as Legal Tender?

What impact could Evergrande's issues have on the crypto markets?

If the wave of contagion sweeps through financial markets, cryptos could face their most formidable challenge in years. So far, they've miserably failed.

If Evergrande defaults, it might have a significant influence on China's economy as a whole, as well as countries around the world.

Related Article: Bitcoin at $35K, Ethereum at $2300: Why prices of cryptocurrencies are falling